Dutch father who sequestered six in a farmhouse, accused of sexually abusing his children | News | DW | 28.11.2019

Dutch father who sequestered six in a farmhouse, accused of sexually abusing his children

The 67-year-old man has been accused of sexually abusing two of his children, in addition to holding six others against their will on a village farm in the Netherlands. The accused is a father of nine. 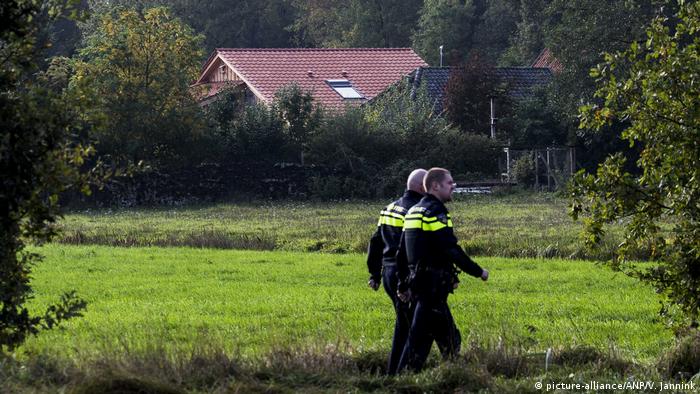 A man from the Netherlands was accused on Thursday of sexually abusing two of his own children.

The 67-year-old father gained notoriety in the Netherlands last month when he was detained on suspicion of locking away six of his children on a farm in the village of Ruinerwold, two hours northeast of Amsterdam.

The two new cases come in addition to the sequestration of six of the man's children, according to the Dutch prosecution service.

Ongoing investigations uncovered the two new instances, but the specifics — including when and where — were not yet available. Prosecutors allege that he sexually abused two of his older children and that neither of them lived on the farm as they had already left home.

The accused is simply known as Josef B and is the father of nine in total. The mother of the six children held on the farm died in 2004.

"In addition to money laundering and deprivation of liberty and mistreatment of his nine children, the 67-year-old man is also suspected of sexually abusing two of his three oldest children," the prosecution service said in a statement.

"DNA kinship research has shown that the six children from the farm in Ruinerwold have the same father and mother and that the 67-year-old suspect is the father," it said.

A 58-year-old Austrian national, who rented the farmhouse to the Dutch man, was later arrested too after a raid on the property prompted by a 25-year-old relation of Josef B.

Another case has been brought against both the Austrian and the Dutch father, they are also accused of holding a 69-year-old Austrian man against his will in the town of Meppel, near Ruinerwold, for several months in 2009.

'Corona pandemic' named Germany's word of the year 3h ago