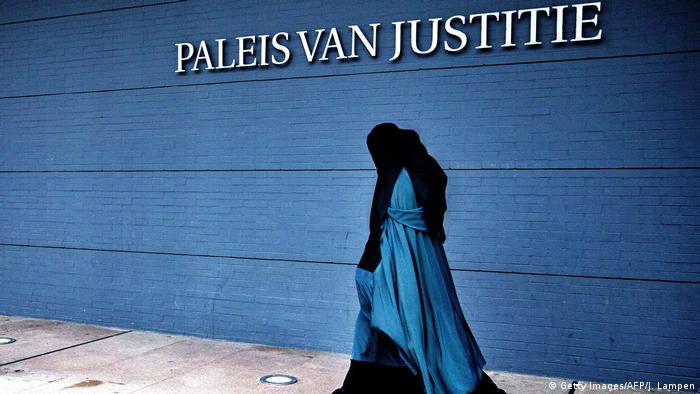 A law that prohibits clothing that "covers the face" from being worn in a variety of public spaces, such as schools, hospitals, public buildings and public transport, came into effect in the Netherlands on Thursday.

Authorities are now required to tell people to show their faces. If someone refuses, they can be denied access to public areas, and face fines of up to €150 ($167). An Islamic political party in Rotterdam said it will pay the financial penalties for anybody caught wearing the now prohibited clothing.

The ban, which will affect an estimated 150 burqa and nijab wearing women in the Netherlands, will also apply to full-face helmets and balaclavas.

Attempts to enforce the new law have already been met with disapproval as several cities as well as hospitals, public transport operators and even police said that they would not be sticking to it.

Pedro Peters, the head of public transport in the Netherlands said he had other priorities. "Our focus is on making sure buses and trains running smoothly."  Before adding: "Burqas have never been a problem on public transport."

Meanwhile, Rotterdam's mayor, Ahmed Aboutaleb, lamented the lack of police in order to enforce the new law. "There are so many laws and not enough police officers. Rotterdam has bigger problems. Murder, drugs, the undermining of society."

France was the first country in Europe to ban the veil almost 10 years ago. However, a UN committee last year ruled the legislation to be violating human rights.

Several other countries have since followed suit. In Denmark, the burqa ban has been in effect for a year despite severe opposition.

Earlier this year Austria passed a law intended to ban Muslim girls from wearing headscarves in primary schools. The headscarf ruling came in addition to Austria's prohibition of full-face coverings which has been in force since 2017.

The German state of Hesse has implemented similar burqa restrictions for the civil service.

Six months ago, full-face coverings were forbidden at Kiel University in the north of Germany, citing the need for open communication that includes facial expressions and gestures. However, some politicians came out against the move, saying it undermined religious freedom.

Muslim women have pushed back against a ban on burkinis at a public pool, provoking a firm response from the far right. National Rally leader Marine Le Pen said the all-encompassing swimsuit has "no place in France." (25.06.2019)