Singers Dua Lipa and Stormzy were the biggest winners at Britain's biggest pop music awards, taking two prizes each. Ed Sheeran and Damon Albarn also got in on the act as #MeToo and Brexit were added to the mix. 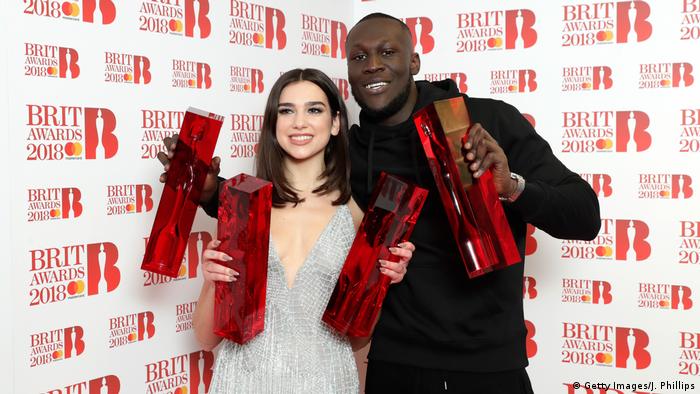 "My mum and all my family are here, we done it!" he said on picking up his second award.

Singer-songwriter and former model Dua Lipa (above left) was named best female solo artist and won best breakthrough act, while Ed Sheeran took the global success award but lost in the three other categories. One Direction star Harry Styles won for video of the year by a British artist. 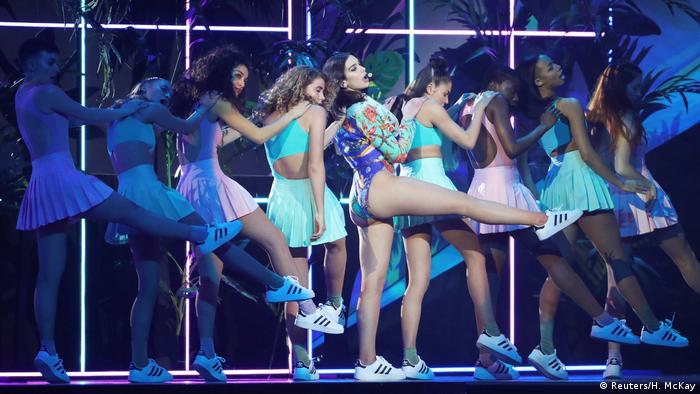 In what felt like a symbolic handover between generations, Sheeran's prize was introduced by a video message from Elton John. The 27-year-old received his trophy from Rolling Stone Ronnie Wood, who called Sheeran "a lovely young guy."

The event featured performances from the likes of Sheeran, Lipa and Lamar, who rapped on top of a glass cube containing a luxury car that was smashed up by a man wielding a bat. Justin Timberlake opened the show with a rendition of "Say Something" accompanied by a large choir.

"This country is a lovely place, its part of a beautiful world, but don't let it become isolated, don't let yourselves be cut off," he said. 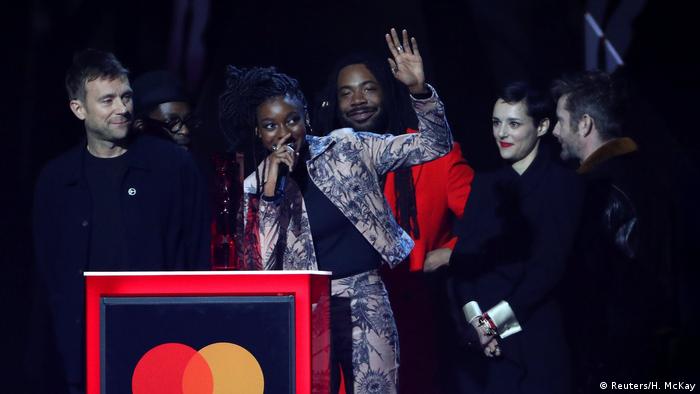 Gorillaz accept the award for British group, with frontman Albarn taking the chance to wax political

But the entire ceremony had a political edge, with many stars wearing white roses in solidarity with the Time's Up and #Metoo movements highlighting sexual harassment in the entertainment industry.

The show also saw Oasis frontman Liam Gallagher perform "Live Forever" in a tribute to the 22 victims of a suicide bombing attack on a venue hosting a concert by US pop star Ariana Grande in Manchester last May.

Why #MeToo will be a recurring theme throughout the Berlinale

From initiatives such as "Nobody's Doll" and #BlackCarpetBerlinale to Kim Ki-duk's controversial invitation, here's how the debate on #MeToo has been fueled even before the Berlin film festival kicked off. (15.02.2018)