Drunken Dog is a Yeasty Beast, Pet-Owner Discovers | News and current affairs from Germany and around the world | DW | 07.01.2008

The perfect hangover recipe is much disputed. But one ingredient on which everyone with a pounding head and churning stomach agrees is the hair of the dog. 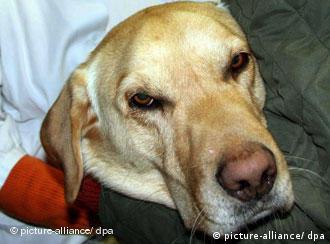 You'd look hang-dog, too, if you were hung over

But what if the drunken party animal IS a dog? A three-year-old, 40 kilogram (88 lb) Labrador Retriever named Bingo, to be exact?

That question recently arose in Austria, after a hunter in the mountain town of Bad Goisern realized his trusty pet could barely stay on its feet.

He rushed the dog to the vet, complaining that along with all the bobbing and weaving, the animal's breath "smelled more like a beer garden than a doghouse."

Had Bingo gone on a binge-o? Perhaps in an effort to forget his name-o? 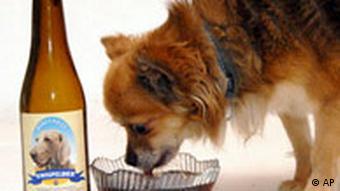 In Holland, they make non-alchoholic beer for dogs

Oh, no. The hunter's liquor stocks were all accounted for. What was missing, though, was a half a kilo (1 lb.) of freshly prepared bread dough, which never quite made it from the rising board into the oven.

Instead, it fermented inside the hungry hound's stomach until -- bingo! -- the dog was stinking drunk.

Not fit to drive

The clinic veterinarian said Bingo had a blood-alcohol level of 1.6 per mille which, if he weren't a canine, would have also put him well past Austria's legal driving limit of 0.5 per mille. (Not to mention how hard it would be to take a decent drivers' license photo.)

Bingo's owner took the situation in stride. "Some catty people say hunters are often drunk," he said. "In my case, it's the dog." 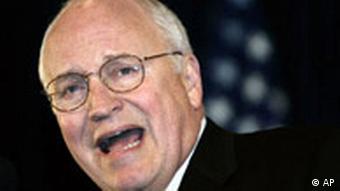 Cheney often broke into song after a few bread rolls

Which leaves one to wonder about the incident, some two years ago, in which US Vice President Dick Cheney accidentally mistook his hunting buddy for a quail and fired a round of birdshot into his chest.

The big news was Cheney's late-day admission that he had drunk a beer at lunch prior to the incident. Next time, investigators may want to probe just how many dinner rolls the Veep downs with his barbecue.

Only in Germany would police arrest a dog. But arrest a collie they did, for a major canine "faux-paw:" trying to get a free ride on one of the country's most treasured modes of transport. (02.01.2008)

A Shaggy Dog Tale Of Hair to Haute Couture

A German woman has realized there's a lot to be said for the hair of the dog. She's started a business making clothes for customers from the fur of their pet dogs. (30.08.2007)

Nearly as closely connected with Germany as beer and sausages, the dachshund is a national emblem on the decline, but experts say there is hardly a danger of the "sausage dog" being woofed out soon. (10.03.2007)

Would you like to comment on this story? Please include your name and country in your reply.