Detectives believe the burnt-out car found on Monday was connected to the crime. However, they have no hot leads yet on who stole "priceless" jewelry from Dresden's Green Vault, one of Europe's oldest collections. 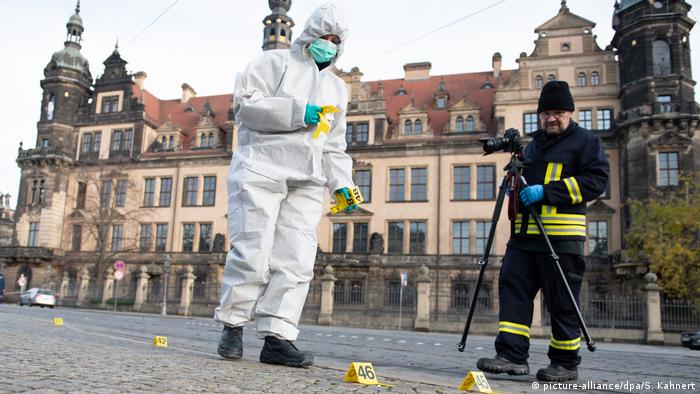 Police on Tuesday shared that the burnt-out car they found on Monday was used by the Dresden jewelry thieves as their getaway vehicle.

The detectives made the discovery of the burnt-out shell in an underground garage on Monday, but at the time, they were unsure whether it had anything to do with the theft.

However, investigators later found evidence on the vehicle connecting it to the scene of the crime.

There is still no trace of the two thieves who carried out the robbery, and the police have no new leads.

A day after the heist, the detectives did, however, confirm that they are certain that an electrical fire was connected to the break-in.

The Resident Palace, home to the targeted Green Vault, reopened to the public on Wednesday morning. The Vault, however, remained closed as authorities continued their investigation.

It is still not known how many items were taken, but the museum's directors believe it was fewer than first thought.

Marion Ackermann, general director of the State Art Collections in Dresden, told German broadcaster ZDF that the criminals stole significantly fewer items than initially feared because "all objects were individually attached" with stitches in mounting fabric.

Vault director Dirk Syndram agreed, saying that from looking at a photo, it appeared another seven display vitrines had been left untouched. Police released pictures of some of the stolen items on Twitter.

"I've seen a photo that shows that not all is missing," said Syndram, who on Monday described the jewelry stolen as a "kind of world heritage."

A 20-strong special team of the police had been examining 32 seconds of surveillance video footage showing two intruders who used an axe to smash the cabinet's glass, Deutschlandfunk public radio reported.

"The theft of items that make up our identity as a nation of culture strikes at our hearts," said Germany's minister for culture and media, Monika Grütters.

More needs to be done to protect artifacts

The Castles Association, whose listings include 10,000 intact historic buildings across Germany, said Monday's daring heist in Dresden made clear that "all must be done" to safeguard exhibits held in them.

Dresden had highlighted the need for security, the association said.

Berlin auction house expert Diandra Donecker told DW an added risk was that the unidentified thieves might "melt the precious metal settings" and sell the gemstones separately, ruining them forever.

"We are all so afraid the pieces will be destroyed, because their cultural heritage would then be lost forever," said Donecker, a partner at Grisebach Auction House, referring to information to be gleaned from intact items.

German Culture Minister Monika Grütters called for all German museums to come together for a security conference in order to prevent such crimes from happening in the futre. "Our museums hold artwork that defines our cultural identity and whose value is in the billions of euros," she told the Rheinischen Post.

The museum, founded in 1723 by the elector of Saxony, Augustus the Strong — a rival of France's Louis XIV — and damaged in World War II, was used by Chancellor Angela Merkel after its 2006 restoration to host then-US president Barack Obama in 2010.

Michael Kretschmer, premier of Saxony — once part of communist East Germany — said his state could not be understood "without the Green Vault," part of Saxony's State Art Collections.

Four men accused of stealing a huge gold coin worth €3.75 million from the Bode Museum in Berlin have gone on trial. Police have been unable to find any trace of the coin since it went missing in March 2017. (10.01.2019)

The association includes a research Institute focused on medieval history.