In ten years’ time there will be over a billion people worldwide over the age of sixty, says a UN report. It also states that developing countries will face a dramatic demographic change they are ill prepared for. 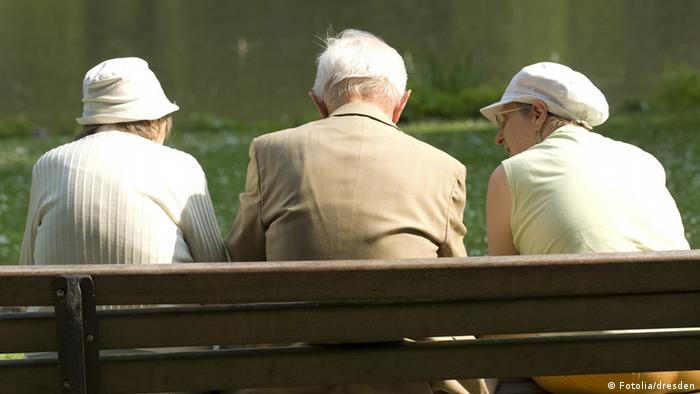 The report "Ageing in the Twenty-First Century," published by the United Nations Population Fund (UNFPA) and the non-governmental organisation HelpAge International on Monday to coincide with International Day of Older Persons, warns of a dramatic shift and strains on welfare and medical services.

It states that rising life expectancies will accelerate senior citizen numbers faster than any other statistical age group in the make-up of populations.

In the next ten years, it predicts, the number of elderly people worldwide will swell by 200 million taking the count beyond one billion people.

"The challenge is that governments have not put policies and practices in place to support their current older populations or made enough preparations for 2050,"

The authors also call for investments to protect older people. But they also warn not to let the skills and knowledge go to waste.

While Japan is still the country that is aging the fastest, with a quarter of the population already over the age of 65, experts expect this trend to change.

The report finds that many elderly are unemployed, vulnerable to discrimination, abuse and violence.