Construction workers discovered 36 bombs in the German town of Neutraubling over a 3-day period. Bomb disposal experts were drafted in to decide which explosives were harmless and which were still live. 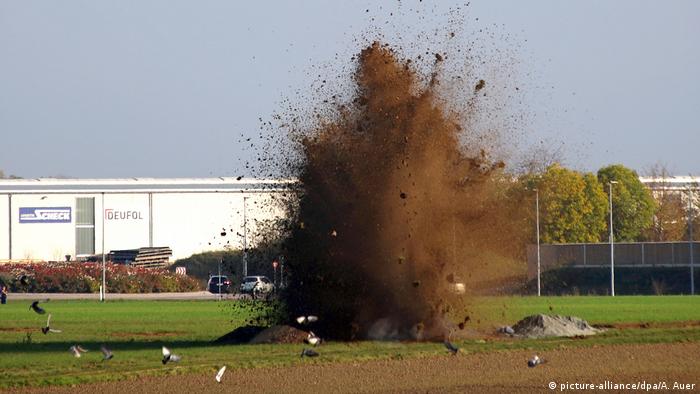 While planning the construction of a new industrial park in the district of Regensburg, experts and construction workers came across the last 12 specimens of a series of World War II bombs they had found in a matter of days.

All of the unexploded bombs were still functional. Local police said that evacuations were not necessary before because there is nothing to evacuate around the site.

Experts defused or blew up 12 of the 36 bombs from on Friday, each weighing ten kilograms. Twenty-four others were already made harmless on Wednesday and Thursday.

One of the explosives was a 500-kilogram bomb uncovered on a construction site in the city center and the others compromised of splinter bombs.

Neutraubling suffered multiple air raids during World War II due to the presence of the Messerschmitt aircraft manufacturing facility at the time. For this reason, bomb disposal experts continue to frequent the area today.

Fifteen bombs a day is a "one-time event" for a town like Neutraubling, police reassured.

However, Thomas Rolz, head of the Neutraubling police, told German media PNP that "in and around Neutraubling, you will always find something" because of the town's history.

"During the war, Neutraubling was bombed several times," he said.

On Friday, the remaining 12 bombs were placed together to be blown up. At first, Rolz said there was a small "misfire" and only half of the bombs exploded. A special demolition squad made some readjustments and the remaining explosive devices were defused.

Michael Weiss, a state bomb disposal expert, said he was not surprised at the number of 10-kilogram fragment bombs discovered in the area. Fragmentation bombs were used to damage aircraft awaiting takeoff.

Weiss explained that blowing up the smaller bombs is a more efficient way of defusing them considering the large number of explosive devices.

"Whether I defuse a big or a small bomb, it always takes just as long," he said.

Experts are expected to continue their work after the weekend. "On Monday it's only going to continue," Rolz said.