Dossier: Europe and the Cost of Living | Business | Economy and finance news from a German perspective | DW | 13.02.2008

Dossier: Europe and the Cost of Living

As concerns over a possible recession circle the globe, DW-WORLD.DE asked people from seven European countries to tell us how they make ends meet. 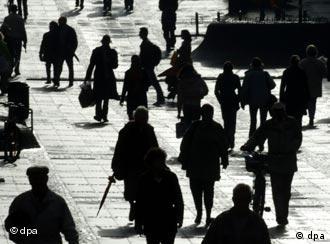 How much does it cost to live in Europe? A money changer displays Euro and Dollar bills at his outlet in Frankfurt, central Germany, in this Nov.11, 2004 file photo. The European joint currency Euro on Wednesday, Nov. 17, 2004 reached an new all time high of 1.3022 U.S. Dollar. (AP Photo/Michael Probst)

Throughout Europe analysts have been announcing record high levels of inflation, raising worries about a future economic slowdown.

In Germany, inflation climbed to its highest level in 13 years in 2007, fuelled by a 3.9 percent jump in energy prices and a 3.1 percent rise in food prices.

In Italy, the outlook is gloomy, with the country posting the biggest fall in consumer morale in the second half of 2007, according to a Nielsen poll. Italians even staged a pasta boycott last year to show their anger at rising food prices and weakened purchasing power due to stagnant salaries.

In December, Poland's annual inflation rate accelerated by 4 percent, the highest in years. Poland has had strong economic growth since joining the EU, helped by a surge in foreign investment creating new jobs.

Across the euro zone the EU reported a rise in inflation, to 3.2 percent in January -- a six-and-a-half-year high. Still, the EU was quick to point out that European inflation, post-euro, is lower than it was in the 1970s, when "average inflation in the euro-area members ... reached over 9 percent following the two oil price shocks."

DW-WORLD.DE interviewed seven people living in different European cities about the cost of basic food items, their monthly salary and expenses, and the state of the European economy. See what they had to say below.

A study on wealth distribution in the EU showed strong disparities within Germany, with residents of Hamburg having the most money to spend, and those in Brandenburg the least. (13.02.2008)

How does the cost of living where you live compare? Do you feel the effects of inflation? Send us an e-mail. Please include your name and country in your reply.