When France met Spain in a friendly in Paris, coach Didier Deschamps had a wealth of young talent at his disposal. The coaching staff at Dortmund will have a keen eye on a number of young Monaco players. 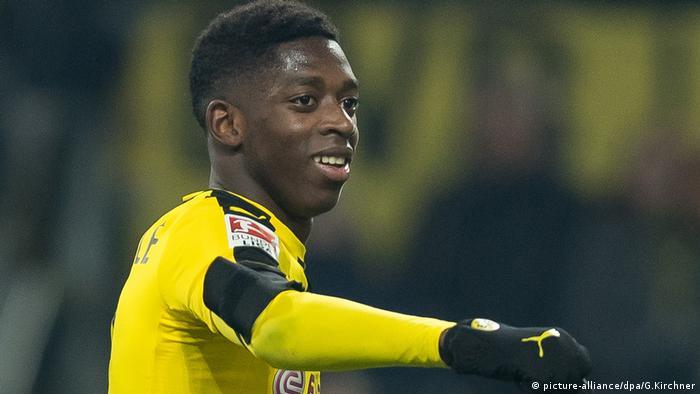 A new generation of French players have been making their mark all across Europe this season, and German clubs are already benefitting.

Having signed Pierre-Emerick Aubameyang from Saint Etienne in 2013, Borussia Dortmund are particularly well aware of the strength of French football. The Gabonese striker, who was born in France, is this season's top scorer in the Bundesliga with 23 goals so far.

When the Black and Yellows snapped up teenage sensation Ousmane Dembele from Stade Rennes last summer, they further underlined just how important French talent is to Bundesliga clubs. Despite his tender age and small stature, the 19-year-old has already scored seven goals and contributed 16 assists in his debut season, quickly becoming one of the first names on Thomas Tuchel's team sheet - and one of the hottest young pieces of property in European football. 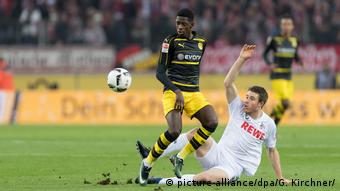 "Players in France benefit from development of the highest quality," Dortmund's sporting director, Michael Zorc told German sports magazine "Kicker" last month. "The country has a deep talent pool and is one of the most exciting markets in Europe."

When Borussia Dortmund welcome Monaco to the Signal Iduna Park for the first leg of their Champions League quarterfinal tie next month, they will be well aware of the Monegasques' formidable lineup. Top of France's Ligue 1 and the highest-scoring team of any of Europe's top divisions with a barely believable 87 league goals so far this season, Monaco boast some of France's most talented attackers. The five Monaco players who were called up to the France squad this month are all under the age of 24 and have scored a total of 36 goals between them while also contributing 37 assists. 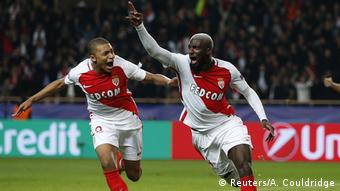 Monaco's Kylian Mbappe (18, left) and Tiemoue Bakayoko (22) are two of the hottest prospects in French football.

Benjamin Mendy, 22, and Djibril Sidibe, 24, are marauding full backs who love to get forward while Tiemoue Bakayoko, 22, is a midfield powerhouse in the mould of former France international Patrick Vierra.

Up front, Dortmund's defenders will face their toughest test yet of this year's Champions League campaign, when they come up against 21-year-old winger Thomas Lemar (11 goals, 10 assists) and striking sensation Kylian Mbappe who became France's youngest player since 1955 when he came on as a substitute in his Les Bleus' 3-1 win over Luxembourg. The 18-year-old has already scored 19 goals for Monaco this season, including one in each leg as Monaco overcame Manchester City in the previous round.

French talent all over Europe

The future of French football appears to be in safe hands outside of the principality, too. In Lyon, Corentin Tolisso, 22, Nabil Fekir, 24, and Alexandre Lacazette, 25 have been instrumental in Olympique Lyonnais' rise to fourth in the table and progression to the quarterfinals of the Europa League. In Paris, 21-year-old Adrien Rabiot is becoming a fixture in Paris Saint Germain's midfield.

Young French players are making their mark in Spain, too. Defenders Aymeric Laporte, 22, Samuel Umtiti, 21 and Raphael Varane, 23, are regulars for Athletic Bilbao, Barcelona and Real Madrid respectively, while Antoine Griezmann - a comparative veteran at 26 - has found the net 22 times in 40 games for Atletico Madrid this season. 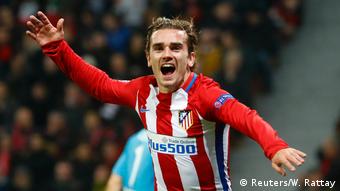 In England, French midfield maestro N'Golo Kante (still only 25) is on course for a second consecutive Premier League medal with Chelsea after inspiring Leicester City to last year's title. In Manchester, the world's most expensive player, Paul Pogba, 24, plays alongside United teammate Anthony Martial - already a French international at the age of just 19. France's embarassment of attacking riches could be what is preventing Cologne's Anthony Modeste - the Bundesliga's second most prolific goalscorer - from receiving a phone call from Deschamps.

With the French League Cup final between Paris Saint Germain and Monaco scheduled for Saturday, Deschamps is likely to rotate for Tuesday's friendly against Spain in Paris, saying: "I'll try to give the maximum number of my players some game time." But with the incredible wealth of talent at his disposable, whatever team he fields is certain to packed with exciting young talent.

With Ousmane Dembele likely to feature and Monaco coming up in the Champions League, they're sure to be paying attention in Dortmund.