Officials said that the fire took place at a girls' dormitory in the southern province of Adana on Tuesday. Eleven teenage girls were reportedly among the dead, with another 22 wounded in the fire. 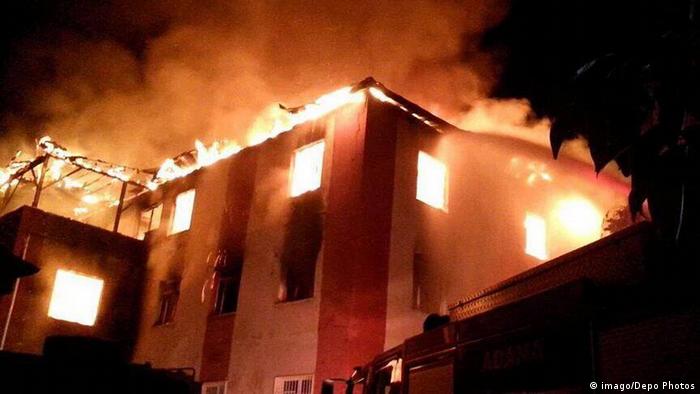 A fire broke out at a school in southern Turkey on Tuesday, killing eleven teenagers and one staff member.

Celik added that the fire may have been caused by an electrical fault.

Demirtas said some of the injuries were caused when terrifed students jumped out of the windows to escape the flames, while others suffered from smoke inhalation.

Opposition parliamentarian Elif Dogan Turkmen also spoke with CNN Turk, saying that the girls came from impoverished families who lived in towns that did not have schools of their own.

Images on Turkish television showed flames rising from a multi-story building in the town with firefighters deployed at the scene.