Doping, absenteeism rise among Germans | Germany | News and in-depth reporting from Berlin and beyond | DW | 26.08.2013

Many take performance-enhancing drugs to meet their jobs' demands. Germany has seen a paradoxical consequence: An increase in related sick days. Now EU officials are looking for ways to call employers to task. 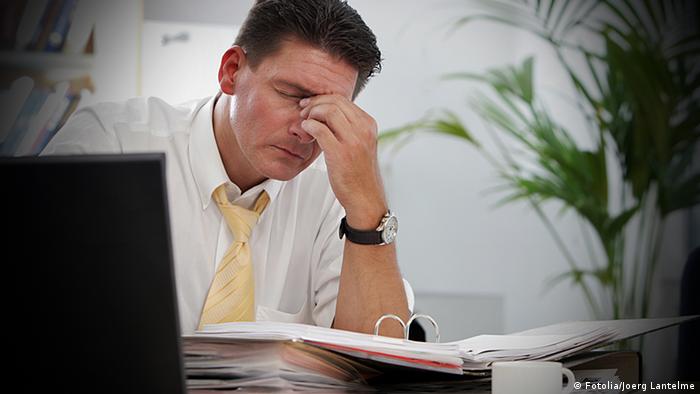 Before Moritz Erhardt's death on August 15, 2013, the intern at an investment bank is reported to have worked three nights in a row. He was discovered dead in the shower of his London quarters at the age of 21. Various media claimed that he suffered from epilepsy and that his death may have resulted from being overworked.

The European Commission in Brussels has reacted with alarm to Erhardt's case and similar episodes. Social Democrat and European Parliament member Jutta Steinruck believes young people should bet better protected against being exploited so companies can maximize profit. 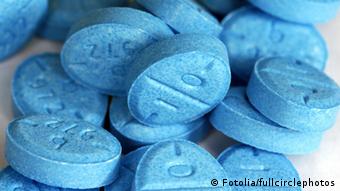 Performance-enhancers like adderall are part of daily life for many

The German health insurer AOK takes a similar view. Last week, it published its 2013 report on employee absenteeism around the country. The report claims that many Germans are taking performance-enhancing drugs to deal with the demands of their jobs.

"In order to cope with job-related stress, five percent of employees have taken drugs like psychotropics and amphetamines in the last 12 months," said the deputy chief of AOK's research arm WIdO, Helmut Schröder, in an interview with DW. Schröder added that young workers are particularly in danger when it comes to taking drugs intended to boost performance on the job by improving concentration and warding off sleepiness. One in 12 of those under 30 are said to have taken such substances.

One problem with doing so, however, is that performance-enhancers can also lead to headaches and stomach problems. In more extreme cases, they can become addictive and damage organs. But the use of such substances seems to be on the rise. In AOK's absenteeism report, the number of sick days caused by the use of addictive drugs rose by about 17 percent.

Parliamentarian Steinruck believes the problem extends well beyond Germany, to all advanced economies. She says that many begin taking performance-enhancing drugs during their studies.

"When we look at the US, for example, we see universities in which 25 percent of the students are doping," Steinruck said, adding that around 5 percent of German students do the same. "That should be a sign for alarm if young people feel like they're under so much pressure."

A spokesperson for the Confederation of German Trade Unions (DGB) warned of the consequences of exposing young people to high stress work environments, saying, "Too much stress and too much work can unleash psychological crises and, as a result, provoke addiction." The DGB says that's especially true when it comes to conflicts and bullying situations with bosses, but notes also that exceedingly long hours can prompt depression and a higher risk of addiction.

Helmut Schröder says that the temptation to reach for pills and alcohol is particularly high among employees with a high sense of duty. "Employers need to help protect such employees from themselves." 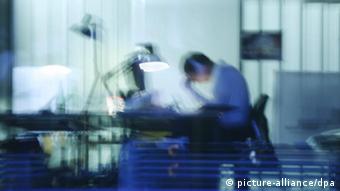 Long hours are one major source of stress at work

The DGB also wants to see employers do more to address substance abuse. "In our view, good working conditions are the best way to prevent addiction. The alarming rise in illness related to addiction in Germany offers a further reason to offer recognition for work done through sufficient salaries, a good distribution of work as well as job security," a DGB spokesperson said. "Works councils are increasingly trying to uncover sources of psychological strain in offices and address excessive stress and pressure. Employers' engagement with the process has thus far been far too low."

Steinruck, however, says politicians also need to act and restrict access to performance-enhancers.

"We need to restrict the substances that are freely available to purchase online," she said, adding that policymakers need to pursue a strategy of prevention that also encompasses legal controls on working hours and sufficient wages. "Temporary employment, forced mobility and artificial self-employment also need to face tighter legal controls. That would reduce much of the pressure on workers."

Up to 4 percent of the UK workforce lacks a minimum work guarantee, and is allowed to remain on constant standby, new figures show. Germany doesn't have this problem. (05.08.2013)

A successful and stable economy, low unemployment and declining debt: Germany seems to have come through the crisis with no significant injuries. Is this a credit to the Merkel government? (16.08.2013)