Don't I know you? New memory cells found in brain

Scientists say they have found a new class of memory cells in the brain that remind us who we know and why. It may help us age in the digital age. 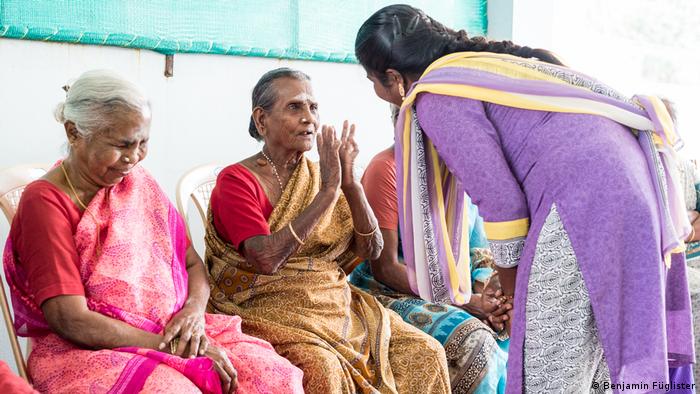 When we age, we often have trouble recognizing the people we love

It's a common story in science, but one that is seldom told: That of scientists bashing away at an idea over decades, facing one failed attempt after another, and then finally, after years of perseverance, finding that elusive thing.

It happened in 2012 with the Higgs boson particle, which was detected at CERN, having first been predicted by Peter Higgs, a theoretical physicist, in 1964.

The Higgs boson is thought to be the glue of the universe.

And, now, it appears scientists have found a very human kind of glue in our brains — neurons that affect our memories and emotions.

Scientists in the US say they have found "cells capable of linking face perception to memory" in an obscure and understudied corner of the brain. It's reminded them of a Higgs-style elusive neuron dubbed the "grandmother neuron."

Last laugh of the grandmother neuron

"When I was coming up in neuroscience, if you wanted to ridicule someone's argument you would dismiss it as 'just another grandmother neuron' — a hypothetical that could not exist," says Winrich Freiwald, a professor of neurosciences and behavior at The Rockefeller University in New York.

The thing is, this is more than some scientific joke or curiosity. This is about real people, as we get older in the digital age, wherever we are in the world.

As with the Higgs boson, the idea of a grandmother neuron was first thrown up in the 1960s.

Scientists were trying to work out how our brains link the people we see with memories of those people — especially familiar faces, like our parents, sisters, brothers and friends. The memories include our experiences with them, what they mean to us and our place in the world.

Why this science matters

The United Nations population forecasts estimate that one in six people in the world will be aged over 65 by 2050.

In 2017, the Asian Development Bank estimated that the elderly population in Asia would reach nearly 923 million by the middle of this century.

Some of the highest numbers of elderly people would be in China, the Americas, Europe and Australia, and the lowest look like they will be on the African continent — but other local factors will play a role in low life-expectancies there.

And age is significant, because while you don't automatically start forgetting things or people the older you get, there are indications that age is a factor in memory loss.

It's also important for younger generations for whom many personal interactions these days are hardly personal at all, but largely virtual and online.

This research suggests that our brains and memories of the people we meet online just don't connect as well as those we meet in-person.

How the scientists made their discovery

Having spotted that a small area in the brain's temporal pole may be used in facial recognition, Freiwald and his colleagues tested their theory on two rhesus monkeys. 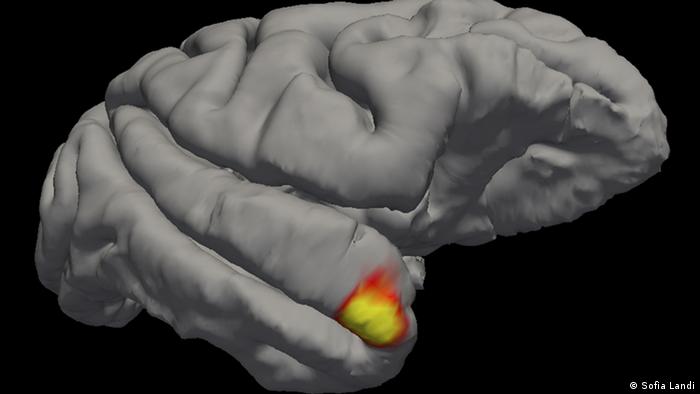 Neuroscientists say the temporal pole helps us process complex visual information — people or objects — and do face recognition, but it also processes autobiographic memory, names and words, and even social and emotional recollections.

So, Freiwald's team recorded the electrical signals of neurons in that brain region as the macaques watched images of both familiar and unfamiliar faces.

And the indications were clear: The neurons in the temporal pole responded more strongly to the faces that the monkeys had seen before — up to three times stronger.

Sofia Landi, a neuroscientist and lead author on a paper (published July 1, 2021) says this suggests we have a better memory of people we meet in real life.

Given the growing tendency to go virtual, especially with the ongoing pandemic, Landi says it is "important to note that the faces we see on a screen may not evoke the same neuronal activity as the faces [of people] we meet in-person."

But Freiwald concedes that they still haven't found the grandmother neuron, per se, at least not as it was originally proposed. The original idea was that there was a single cell that "coded" for a single, familiar face. Instead, it seems these newly discovered memory cells in the temporal pole work as a collective.

"It's a 'grandmother face area' of the brain," says Freiwald.

An expanding field of research

Face recognition is an intriguing field in neuroscience.

We see facial recognition technologies all around us in society, from surveillance to the photo albums on our phones.

How children learn to remember

But we are also, slowly, beginning to understand why the things and people we see, and how we perceive them, matters — it affects the way we interact with each other.

Only a few years ago, US-based neuroscientist Alexander Todorov and colleagues studied the ways in which we judge people within a fraction of a second.

Todorov found that we decide whether we like or trust people, whether we want to vote for them or fall in love before we even know it.

It's as if the two studies are linked somehow, bridging old and new encounters.

"We can now ask how the temporal pole is connected to the other parts of the brain and what happens when a new face appears," says Freiwald.

The findings, he says, may help people with prosopagnosia, or face blindness.

"Face-blind people often suffer from depression. It can be debilitating, because in the worst cases they cannot even recognize close relatives," Freiwald says. "This discovery could one day help us devise strategies to help them."

How our memories can deceive us