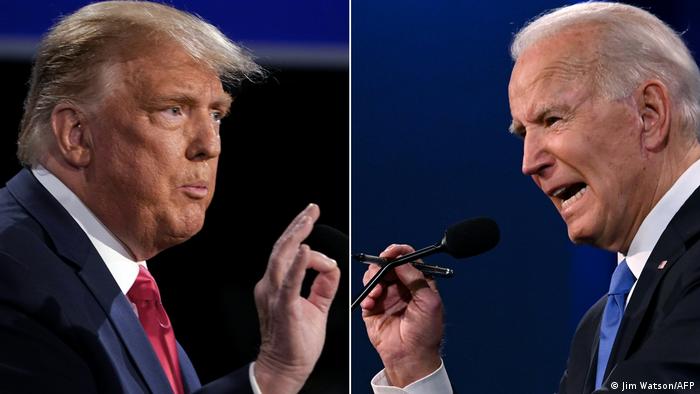 Joe Biden (r.), the 46th President of the United States of America, has said he wants to unite the country, as opposed to his predecessor Donald Trump

When Donald Trump speaks, the world listens. Over the course of his presidency, the Republican president has continuously used words as weapons, from spreading the term "fake news" to discredit factual reporting, to falsely claiming that the coronavirus would only cost very few American lives if one didn't count "blue states," those run by Democratic representatives.

He stood by as his lawyer, Rudy Giuliani, demanded that Donald Trump's followers overthrow the election results with "trial by combat." Then the US president asked them to march on the Capitol to express their anger as the members of the Senate were certifying the victory of his opponent, President-Elect Joe Biden.

"It was the first time that his words were not channeled through television or social media. He spoke directly to his followers on that day," Berengere Viennot, author of Trumpspeak (original French title: La langue de Trump), told DW. "Through his communication over the last four years, Donald Trump has prepared his followers for just such an occasion. This could have been predicted." 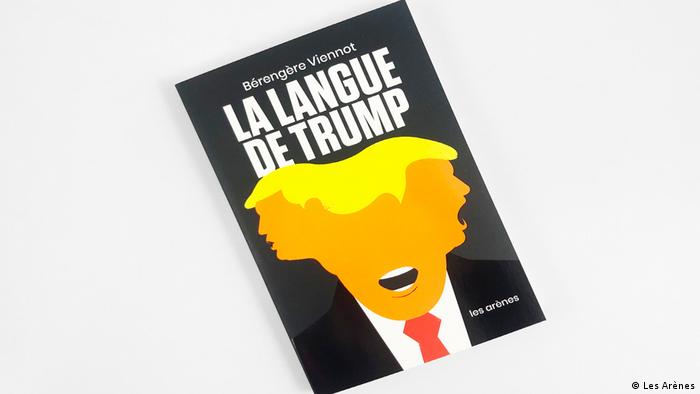 Attack on democracy: No laughing matter

His followers took him by his word and stormed Capitol Hill on January 6, 2021. The Capitol is the building where both American parliamentary chambers meet, the Senate and the House, all elected federal representatives of the United States. For many Americans, the building represents the heart of their democracy, alongside the White House.

When late night show host Stephen Colbert commented on the events on Capitol Hill, he did not make a single joke; instead, he said family members of his had sent photos of the Capitol building after the incident, saying "We're down here, just wanted to see if she's okay." This "she" is the building that serves as a symbol of American representative democracy.

The rioters could not stop the Senate from certifying Joe Biden's win. The 46th President of the United States will be Joe Biden, and he will be inaugurated on January 20, 2021. The United States is looking to the future.

When Joe Biden sends out a tweet, he sounds very different from the outgoing US President. Shortly before his inauguration, he tweeted: "In 10 days, we move forward and rebuild —together."

"Joe Biden has to use such language, because his country is in crisis, and it is what is expected of him by the parts of the population that is not extremist," points out Berengere Viennot. But can his words heal the wounds of his predecessor?

"In many ways, Joe Biden's language is bland," continues Viennot. "In French, we use the term langue du bois,'wooden language,' when politicians want to reach as many people as possible but what they say doesn't have much substance. This is what the moderate parts of the population expect: neutral language that doesn't hurt anyone. "

Racists still part of the population

However, not all of Joe Biden's statements are neutral. He also tweeted that he wants to focus on women and People of Colour during his presidency. "This disregards a part of the American electorate, namely those who voted for Donald Trump. There may not be a language that makes everybody happy There is a part of the population in the United States who are racist. And they are not going to go away."

Whether through words or actions, it remains to be seen if Joe Biden, his team and American society will manage to bridge such a divide. The world is listening.

The world waits for the next US President to be announced — not always patiently. Celebrities, writers, musicians and actors share their first reactions online.

The US is in a state of crisis, both economically and culturally. Democratic nominee Joe Biden won the presidential election because he seems to care, according to analysts.