US President Trump is turning the announcement of a new Federal Reserve head into a reality TV experience like his show The Apprentice. But is it just a distraction from other problems? Jens Korte reports from New York. 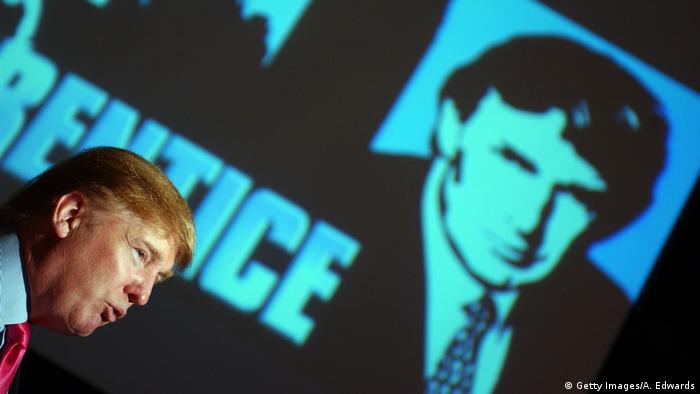 US President Donald Trump is looking for a suitable candidate to take over the US Federal Reserve Bank, which is by many accounts the second most important position in America after the president. But the casting for the job is a throwback to his days on the reality TV show "The Apprentice" when he played himself, Donald Trump, the real estate mogul and businessman.

In the show, he selected candidates from a group of applicants who were then allowed to work for him as an "apprentice." The process was long and accompanied by as much spectacle as possible. As president, Trump is now staging what the political website The Hill mockingly called "Central Bank Apprentice."

For months, Trump has been tossing out names — such as Gary Cohn, formerly the number two at the investment bank Goldman Sachs, and who was seen as a favorite for the position for several months — only to drop them unceremoniously.

Trump then spontaneously let Republican senators have a say by a show of hands, and then made it clear that only he has to power to make this important decision — even though the Senate must confirm his nominee. In an interview, the president even asked a talk show host for his opinion on whether he should keep the current incumbent, Janet Yellen.

Since its founding in 1913, the US central bank has never seen the process of filling the top job play out so publicly. In the past, most presidents did not even mention that there were several candidates under consideration because the matter was simply seen as too sensitive. After all, financial markets around the world look to the Fed and its interest rate decisions. 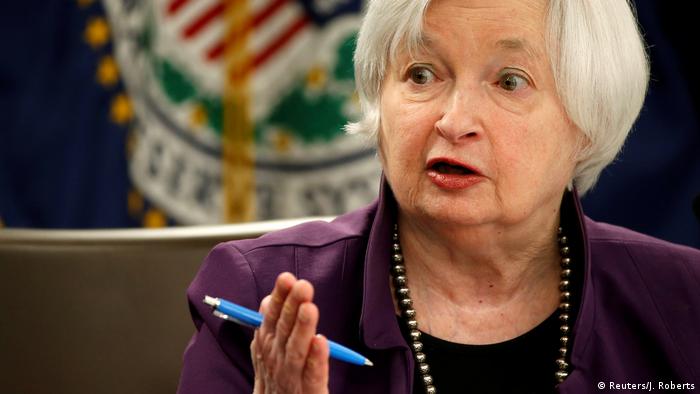 Current head of the US Federal Reserve Bank Janet Yellen

In this case, Trump is only allowed to spin the staff carousel because Yellen's tenure ends in February. But since World War II, every head of the central bank that completed their first term has been confirmed for another four years.

During in the election campaign, Trump attacked Yellen for keeping interest rates low. In July, he announced that he was considering several candidates for the job. At that point, it became apparent that the president would break with decades of tradition.

Made in Germany - The green economy in times of Trump

The relationship between the president and the Federal Reserve chairman, who is responsible for setting monetary policy, has not always been smooth.

Jimmy Carter named Paul Volcker as the head of the central bank in the 1970s. To counteract the strong inflation after the oil crisis, Volcker raised interest rates massively, triggering a temporary recession. The danger of inflation was averted, but Carter was not re-elected; his successor, Ronald Reagan, gave Volcker another four years. Then came Alan Greenspan, who served under four presidents.

When Greenspan resigned in 2006, Ben Bernanke was appointed Fed chief by George W. Bush. Barack Obama gave Bernanke another four years after his election, before Bernanke's deputy Janet Yellen took up the scepter in February 2014. In all these transfers of power, the procedure has never been a public beauty contest.

The fact that the president is making the Fed casting a spectacle is not least due to the fact that he has to show that his administration has achieved some of its goals. The reform or repeal of Obamacare has failed for the time being. Of the promised $1 trillion (€859 billion) in infrastructure projects, not one major imitative has been started. Meanwhile, a reform of the tax code is still being negotiated in Congress.

The nomination of the Federal Reserve chairman this week could finally be a triumph for the president. However, keeping interest rates at the appropriate level is notoriously difficult work, and the head of the Fed has to guide these decisions. Trump's claim that this is one of his most important decisions is not an exaggeration.

After the collapse of Lehman Brothers in 2008, the world's financial markets were hit by the biggest crisis since the 1930s and the Federal Reserve responded with unparalleled measures. Several trillion dollars were mustered to stabilize the markets and the key interest rate was radically reduced to zero. The Fed bought bonds for over $4 trillion to shore up banks and credit markets.

Now, almost 10 years later, the central bank is trying to get monetary policy back on a more normal track. But even this comes with risk. Financial markets have become accustomed to the flood of cheap money created in the aftermath of the financial crisis, and panic has spread through the stock and bond markets whenever the Fed announced that interest rates will be raised and bonds sold off.

But there is a silver lining to Trump's "find the next Fed head" show: ordinary citizens now understand the significance of the position. Ironically, it is his former campaign manager Paul Manafort's involvement with Russia that is getting in the way.

Since Monday hardly anyone is talking about the central bank. The headlines are full of money laundering allegations and the possible links between the White House and Russia.

In the end, it is unlikely that Trump is using the nomination as a diversionary tactic. Rather, the Manafort indictment has simply messed up the "season finale" schedule. Trump is nevertheless expected to finally name his new Fed chief on Thursday before leaving for a trip to Asia.

Insiders assume that Jerome Powell will take over. Powell, a Republican appointed as one of the governors of the bank by Obama in 2012, is considered a policymaker who will continue Yellen's course. The choice of Powell signals continuity to the financial markets — and the president can finally say his famous line to Yellen: "You're fired."

Federal Reserve Vice Chairman Stanley Fischer will resign in mid-October — months before his term was due to expire, and giving the Trump administration scope to start reshaping the leadership of the US central bank. (06.09.2017)