US President Donald Trump has decided to end a secret CIA operation to support Syrian rebels fighting the regime of Bashar al-Assad, US media reported. The decision is an acknowledgement of the situation on the ground. 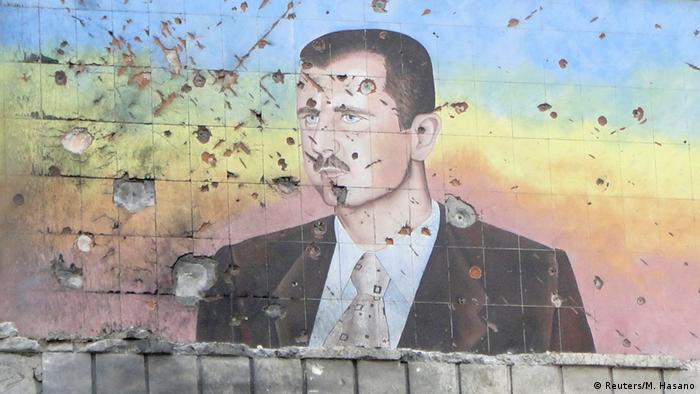 US President Donald Trump has decided to end a CIA program to arm and train so-called moderate Syrian rebels, in a seeming acknowledgement that a years-long covert program would fail to dislodge Syrian President Bashar al-Assad or bring the regime to the negotiating table.

The Washington Post and the New York Times reported on the decision, citing US officials.

Trump reportedly made the decision to shut down the training program a month ago after consulting National Security Adviser H.R. McMaster and CIA Director Mike Pompeo. Trump had foreshadowed the decision, repeatedly criticizing US backing of rebels during the 2016 presidential campaign for fueling Islamic extremism.

Former US President Barack Obama started the covert CIA program in 2013, backing the so-called Free Syrian Army (FSA) factions in southern and northern-western Syria that the administration deemed to be moderate.

Run in coordination with Jordan, Gulf Arab states and Turkey, the CIA program gave the United States influence on the ground and, importantly, some sway over its regional allies' policies in Syria.

But the goal of toppling Assad with no apparent successor in place to ensure stability afterward was always questionable. Backing dozens of fractious rebel factions brought with it the risk that weapons and money would end up in the hands of extremists.

Key rebel backers, Turkey and Gulf Arab states, also poured in money and weapons to their own preferred groups.

A separate $500-million (430-million euro) Pentagon train-and-equip program in 2015 to create a 5,000 strong rebel force highlighted the challenges and dangers of assembling fighters to take on the so-called "Islamic State" (IS).

That program ended up with defections and attacks by al Qaeda jihadists on the US-backed force, which lost its weapons before disbanding with less than a dozen fighters in the same year.

US focused on IS

The Syrian conflict, now in its sixth year, has morphed into complex civil war with a dizzying array of armed actors and fronts-within-fronts that has drawn in more than a dozen international and regional powers.

The United States has increasingly focused its attention more on defeating IS in Iraq and Syria than toppling Assad. Ending the CIA program will not impact the US-led fight against IS.

Over the past two years, the US military has found common cause with the Syrian Kurds as its preferred partner on the ground to fight IS in northeastern Syria.

In that effort the US has helped cobble together the Syrian Democratic Forces (SDF), a force led by Syrian Kurdish YPG militia but that also includes Arab, Christian and Turkmen fighters. The US has some 800 special forces embedded with the SDF, which it is supplying with weapons and air support against IS.

US officials said part of Trump's calculation in dropping the CIA program was a desire to work with Russia to end the conflict, a sign of which came in the new cease-fire in southwest Syria where many of the CIA-backed Southern Front rebel alliance operates.

Russia creates facts on the ground

Russia's military intervention two years ago sharply tipped the conflict in favor the regime, which in the summer of 2015 was threatened with a combined rebel offensive – including al Qaeda -- that threatened the regime heartland.

Pro-Syrian government forces – backed by Russia and Iran – have since pushed back moderate rebels, conservative Islamist factions, al Qaeda linked jihadists and IS on multiple fronts.

Read more: Are US and Russia inching toward confrontation in Syria

A key factor in the Trump administration's decision is that the Syrian insurgency has increasing become dominated by hardline Islamist groups and jihadists tied to al Qaeda, especially in the rebel stronghold of Idlib province near the border with Turkey.

Detractors of the decision to drop the CIA program argue that it will strengthen extremist factions at the expense of more moderate groups, who may now be forced to ally with the better-armed al-Qaeda and other hardline groups.

It could also see the US lose some influence over what weapons systems end up in the hands of rebels through its allies. Saudi Arabia, for example, has expressed a desire to provide rebels with MANPADS to shoot down Russian and Syrian jets, something the US has so far been able to block.

Russia, Iran and Turkey have agreed on the establishment of "deescalation" zones in Syria. It may be a step in the right direction, but it doesn’t mark a turning point in the Syria conflict, says Loay Mudhoon. (11.05.2017)

US President Donald Trump and his Russian counterpart Vladimir Putin held a second meeting at the G20 summit in Hamburg in early July, according to reports. The White House has since confirmed the meeting. (19.07.2017)

Russian President Vladimir Putin has strongly denied having any compromising information on his US counterpart, Donald Trump. American intelligence agencies are investigating alleged links between Trump aides and Moscow. (05.06.2017)