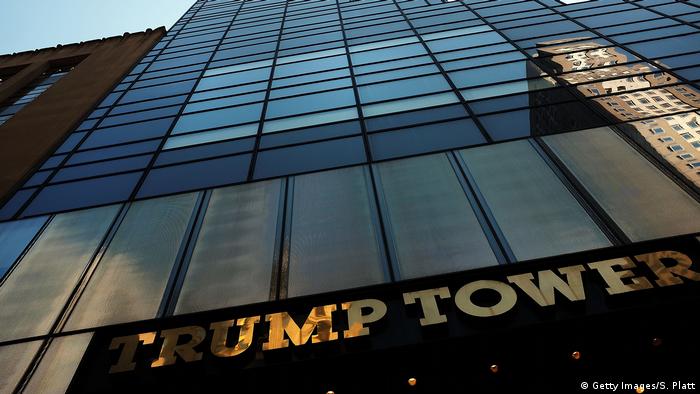 Donald Trump's son, son-in-law and campaign manager met with a Kremlin-linked lawyer at Trump's eponymous tower in Manhattan shortly after he clinched the Republican nomination as presidential candidate, The New York Times reports. The article appeared after Trump and Putin discussed allegations of Russia's 2016 US election meddling at the G20 conference in Hamburg.

Trump Jr. called the encounter a "short introductory meeting" during which the candidate's intimates discussed a disbanded program that allowed US citizens to adopt Russian children with the lawyer Natalia Veselnitskaya. The Kremlin ended that arrangement in response to sanctions that the United States introduced following the 2009 death of an imprisoned lawyer who had spoken about a corruption scandal in Russia.

A lawyer said Jared Kushner, who's married to Ivanka Trump, later disclosed the meeting in a revised filing of a form that requires him to list encounters with foreign agents. "Mr. Kushner has submitted additional updates and included, out of an abundance of caution, this meeting with a Russian person, which he briefly attended at the request of his brother-in-law, Donald Trump Jr.," Jamie Gorelick said in a statement. "As Mr. Kushner has consistently stated, he is eager to cooperate and share what he knows."

Unlike his sister and her husband, Trump Jr. doesn't officially serve in the administration and does not need to disclose his foreign contacts.

Paul Manafort, who managed Trump's campaign for five months until media reported that he previously received millions from the party of a Kremlin-connected former Ukrainian president, also attended last June's meeting in his official capacity. He belatedly registered as a foreign agent late in June 2016 and disclosed the meeting to congressional investigators questioning his foreign contacts, The New York Times reports.

Manafort has become one of many members of Trump's inner circle targeted by a special counsel and congressional committees investigating Russia's interference in the 2016 campaign and possible coordination with Trump associates to carry it out. He has denied any coordination with Russia and has said his work in Ukraine for Vladimir Putin's preferred candidate had no relationship to the 2016 US campaign.

The Times reports that Veselnitskaya, the lawyer, has frequently attempted to undercut the sanctions against rights abusers in Russia. Her clients include state-owned businesses and the son of a senior official into whose company US investigators had launched an inquiry by the time of the meeting in 2016.