Doing the math for a Cyprus bailout

Eurozone finance ministers have approved a bailout for Cyprus, despite numbers that don't add up. How deep in the hole is the country? No one seems to know, but 10 billion euros should do it – at least for now. 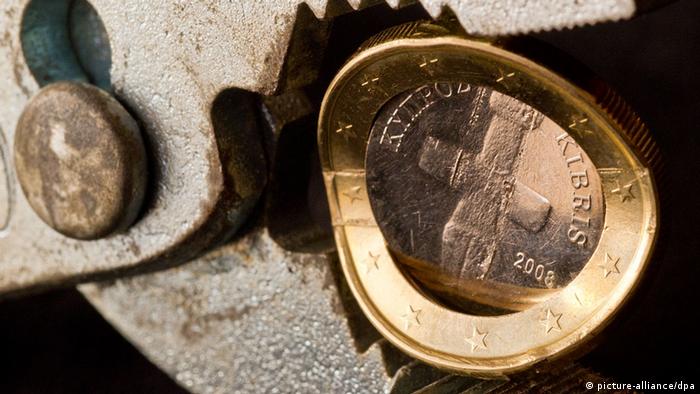 Confusion and uncertainty: two words that kept coming up after the 17 finance ministers of the eurozone met in Dublin on Friday (12.04.2013). Just how much money does the embattled eurozone nation of Cyprus need to save its banks and keep the country afloat?

Originally, the price tag was said to be 17 billion euros ($22.3 billion). But ahead of the finance minister's meeting in Ireland, it was suddenly declared that 23 billion euros was needed.

"People have been comparing apples with pears and coming up with oranges," said EU Economy Minister Olli Rehn in an attempt to explain the situation, saying that the 23-billion-euro figure came from the fact that his staff had already forecast the short-term financial needs of the country.

"The confusion is coming from the fact that two entirely different sets of figures are being compared. One net, and one gross. One based on a set of assumptions from several months ago, and the other taking into account the most recent decisions and the most recent macroeconomic forecasts," said Rehn. 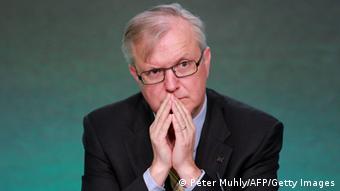 Rehn says comparing the figures is 'apples and pears'

In Dublin, even representatives from Cyprus did not know what number was the important one, which only added to the confusion.

Despite the head scratching, German Finance Minister Wolfgang Schäuble was able to make one point crystal clear: The amount of aid that Cyprus can expect from the EU and the International Monetary Fund remains 10 billion euros.

The head of the eurozone, Dutch Finance Minister Jeroen Dijsselbloem, confirmed that he and the other finance ministers were sticking to that figure.

"We consider that the necessary elements are now in place to launch the relevant national parliamentary procedures, required for the formal approval of the ESM," he said.

Germany's parliament, the Bundestag, is set to vote on the bailout for Cyprus in the coming week. The money could start flowing in May. The Europeans are contributing nine billion euros, and the International Monetary Fund in Washington is chipping in the remaining billion. 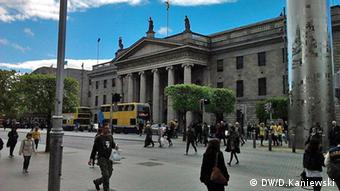 The Cypriot finance minister, Harris Georgiades, welcomed the eurogroup decision. He did not, however, give precise figures regarding the exact amount of Cyprus's debt, simply saying that Cyprus must now pay the price for living beyond its means.

Georgiades did confirm that taxes would rise and wages would fall on the Mediterranean island in order to come up with the necessary money. Depositors of the Laiki Bank and the Bank of Cyprus who have more than 100,000 euros in their accounts would be the source of up to 10 billion euros, in a worst case scenario, to fund Cyprus's share of the money needed to put out the fire.

The exact amount that will be lost by depositors – which includes Cypriot businesses in addition to wealthy Russian investors – is still unclear. As much as 60 percent of deposits in those accounts could be tapped to cover the rescue of the banks.

Rehn said that it was too early to determine the extent to which the bank restructuring and tax hikes would affect the economy.

"I don't deny that under the present circumstances there is some uncertainty about exact figures." he said. "Whether it is going to be a 10-percent, 12.5-percent or 15-percent reduction in economic activity. It is very difficult to say, but we are, on the basis of our best knowledge, doing the economic forecast."

Cypriot President Nikos Anastasiades had previously said to Rehn that it should be possible for Cyprus to get further funds from the EU's general budget. However, according to a government spokesman, this did not mean that Anastasiades was asking for more credit, as was originally reported.

Meanwhile, the European Banking Authority in Frankfurt has said that the exposure risk for international financial markets and the European banking system was low as Cyprus's ailing banks are phased out. The Mediterranean country of 800,000 was too small to pose a serious threat, it said.

But, for the people of Cyprus, the effects are drastic. Cyprus is going through a harsh shock therapy. Other southern European countries, like Greece, Spain and Portugal, have had their economic crises worsened by austerity and bailout measures.

"We've seen that the effects of the austerity measures are, at least in the short term, so massive that public resentment takes off, and an economic situation sets in that is neither social nor economically sustainable," economist Guntram Wolff, from the Brussels think-tank Bruegel, told Deutsche Welle.

He recommends that finance ministers in the EU reconsider their actions and do more to revive economic activity and extend rescue programs.

Relief planned for Ireland and Portugal 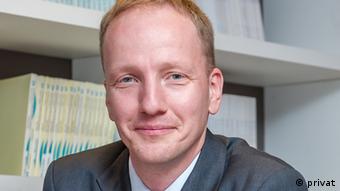 So far, Ireland and Portugal have fulfilled all of the demands of international creditors and are meant to be rewarded by the eurozone nations.

Payments on loans are slated to be extended over several years to take pressure off the national budgets. Portugal, however, must approve more austerity measures because the constitutional court rejected already approved pay cuts for public officials.

Klaus Regling, head of the eurozone bailout funds, said if the conditions are met, the money can be delivered "within a few days".

Eurozone head Dijsselbloem said in Dublin that the jury is still out on whether the terms can be loosened for Spain, which is suffering from particularly high unemployment.

The tense financial situation in Slovenia and the ongoing government crisis in Italy, the eurozone's third-biggest economy, weren't even discussed, Dijsselbloem said.