Does social media help promote extremism and populism? | World | Breaking news and perspectives from around the globe | DW | 21.06.2017 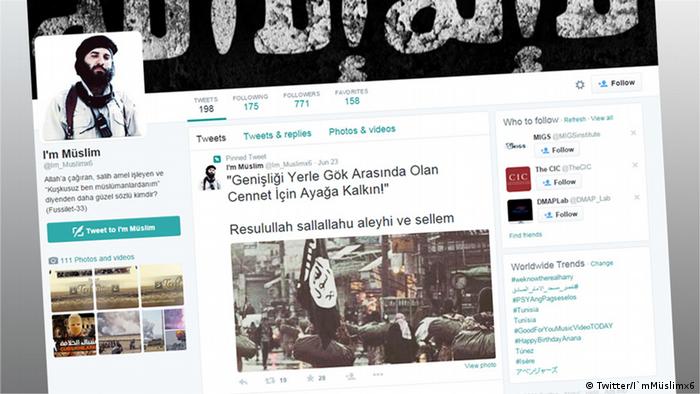 After terrorists drove a vehicle into pedestrians in London on June 3, British Prime Minister Theresa May responded by saying that internet companies like Google and Facebook provided space for extremist ideologies to "breed." May also called for Britain to lead democratic governments to "reach international agreements that regulate cyberspace to prevent the spread of extremism and terrorism planning."

At DW's Global Media Forum, the debate over the media's role in facilitating extremism and populism took center stage, with journalists and experts coming together to question how people become radicalized, how governments manipulate media and if social networks are really to blame.

Ahmad Mansour is a leading international expert on radicalization who works with vulnerable youth to identify the roots of radicalization.He addressed the Global Media Forum panel discussion, hosted by the Center for International Security and Governance (CISG) and International Institute for Religious Freedom (IIRF), entitled"If search for identity is the question, is radicalization the answer?"

Growing up as an Israeli Arab, Mansour said he was an Islamist as a teenager and his outlook changed after he studied to become a psychologist. Mansour said that many Islamists are in fact "good psychologists” who can identify how young people lack identity and ideology and will use this to coerce them into feeling identified and oriented. Rather than the media directly contributing to extremism, Mansour said the media provides vulnerable individuals the chance to identify with a group. 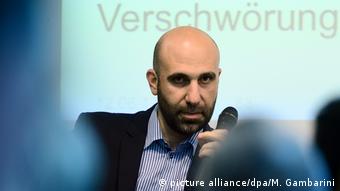 Ahmad Mansour said education turned him away from extremism

According to him, isolation, lack of identity and family hardship are the primary factors in determining whether an individual will be vulnerable to extremist ideology. Mansour also underlined that civil society needs a new definition of violence.

‘A radical needs a network'

Christine Schirrmacher, Professor of Islamic Studies at the University of Bonn in Germany, noted during the discussion that while the Internet is widely considered to be a major factor in extremism, most research does not bear that theory out.

Some groups of media experts at the discussion said that the media needed to be careful about how it explained terrorist acts and use terminology that doesn't reproduce stereotypes or reproduce prejudices that can contribute to a narrative of radicalization. Others said that the media could contribute to creating a more positive narrative by publishing stories about individuals who faced social difficulties but didn't turn to radicalization.

Mohammed Hashemi, a journalist and political analyst from Iran attending the panel, said that in his personal experience, living in a foreign culture means someone needs to be proactive or they would become isolated. "Terror groups like IS can provide people with something adventurous, give them a weapon and promise excitement," he said. "Imagine if someone is left alone and you provide them with this.”

An independent consultant from South Africa who participated in the discussion, said that the public discourse over culture annoyed him and that in Germany, the media was responsible for creating an atmosphere of fear of Islamism, when in reality there is no evidence of any threat.

"I don't understand what this fear is in Europe and Germany, to me cultural threats are just disguised racism." He also disagreed with Mansour's idea of redefining violence, saying it was a slippery slope.

"In a free society where terrorism is such a minimal threat - less than alcoholism or car accidents - if we introduce a new definition of violence, we will introduce criminalization of many types of free speech,” said the participant. 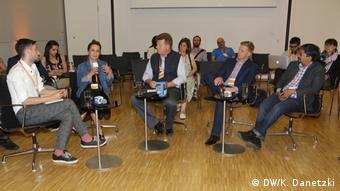 But extremists and terrorists are not alone in using the media to change minds and manipulate narratives. Governments and populists are using social networks and digital media to bend the truth and shape public opinion in their favor.

At another Global Media Forum panel discussion hosted by the Friedrich Naumann Foundation, "the role of (social) media in highly polarized societies,"social media experts from Turkey, South Africa, Poland and Malaysia spoke about how governments in their countries use social media to promote agendas and consolidate power.

Anna Dudek, an editor at Oko.press in Poland, said that the rise of the right-oriented majority government in Poland has accompanied a drop in press freedom and independent media. According to her, public broadcasting has been taken over by the government and produces propaganda rather than journalism. Social media is also being manipulated.

"They publish small bits of information that portray political opponents as devils,” said Dudek. She added that as an online media platform, Oko.press often disproved erroneous facts that were propagated on social media by the Polish government.

Social media entrepreneur Gareth Cliff said that in South Africa, the government pays people to use social media to "manufacture outrage and division."

"The government will find statements that are amplified by the outrage mechanism in social media and this is exploited by politicians to show that there are massive problems, when there aren't," he said.

In Turkey, attacks on mainstream media have become commonplace and social media is usurped by supporters of the government to further polarize society. Murat Şevki Çoban, a journalist at  Platform.24, a Turkish news website, said that the narrative was polarized by personalities. "We have one hero or anti-hero, but it has to be about one person," he said.

The robust discussions at the Global Media Forum revealed that while the roles media play in spreading extremism and populism, there is no consensus on how close these connections really are. In the franchising of terrorism or the spread of populist narratives, individual personalities, human needs and social dynamics remain central to outcomes.

Should the media show photos of terror attackers?

Heated debates on social media distort reality, writes DW's Marcel Fürstenau. He argues that German society is not as polarized as some might imagine.

The publication of an open letter to German Chancellor Scholz signed by leading cultural figures has triggered a fierce debate about the planned delivery of heavy weapons to Ukraine — especially on social media.