The planned US tariffs on steel and aluminum have not gone down well with the United States' trading partners. With trade tensions intensifying, will we also see a currency war to make things even worse? 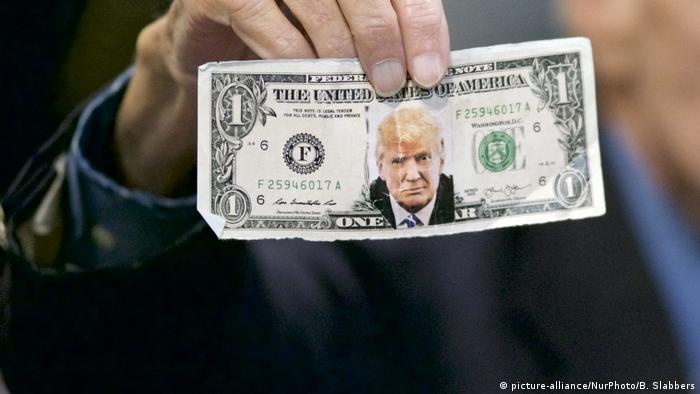 The higher tariffs on steel and aluminum imports that US President Donald Trump announced in early March have shattered Europeans' faith in their transatlantic ally. They, and many others for that matter, are now asking just how reliable the US is in economic matters.

Donald Trump's zig-zag policy style is creating fears among partners, who have started talking about a trade war as a spiral of higher tariffs and countermeasures seems irreversible. Ahead of the Buenos Aires meeting of G20 finance ministers and central bankers, there's also fresh talk of a looming currency war which could be triggered by individual nations keeping their currencies down artificially with a view to securing a competitive edge in international trade.

As early as January, US Treasury Secretary Steven Mnuchin emphasized at the World Economic Forum in Davos, Switzerland, that a weaker dollar would be good for the US.

Officially, the G20 nations have pledged not to manipulate their currencies. "We will refrain from competitive devaluation and we will not target our exchange rates for competitive purposes," said the final communique of a G20 finance ministers' meeting in Germany in March 2017.

Can you trust the president?

But some have serious misgivings about the US president sticking to that pledge. "He doesn't stick to the rules, in no game that he's playing," said Hans-Peter Burghof, professor for banking at Hohenheim University in Germany.

The manipulation of exchange rates is "a real danger," Burghof told DW, adding that Donald Trump had a vested interest in a weaker dollar as falling share prices and other developments showed "the negative impact of his inconsistent policy."

But others disagree. "A currency war is ruled out," said Jürgen von Hagen, who heads the Institute for International Economic Policy at Bonn University. "The specter of a currency war raises its head every now and then, but there's no real danger of that happening." 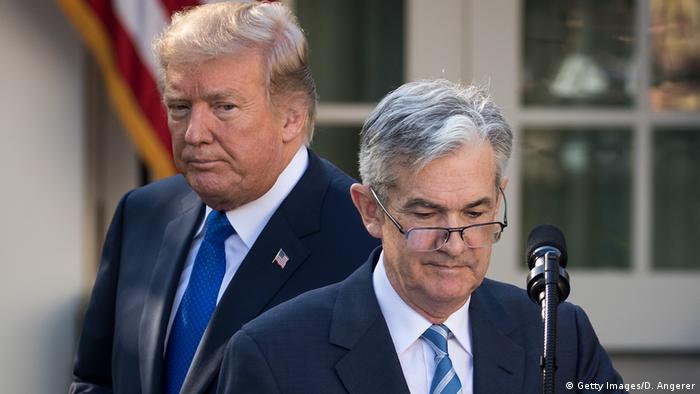 Donald Trump appointed Jerome Powell as the Fed's new boss, but he can't fire him

In order to weaken the greenback, Trump would have to talk the US Federal Reserve out of its current monetary policy. In the past few years, the Fed has raised its benchmark interest rate a couple of times and has announced further hikes for later this year.

"Interest rate policy is the domain of the central bank, and the Trump administration has no influence on it," von Hagen noted.

His words were echoed by Volker Wieland, a professor at the Institute for Monetary and Financial Stability at Frankfurt University. "The Fed's interest rate policy is based on economic developments in the US, including inflation, growth and employment parameters and does not aim to impact exchange rates."

This is why the Fed has currently no reason do deviate from its policy as "the economy expands, the inflation rate is near the central bank's target and unemployment is low," with Trump's recent tax reform making further interest rate hikes even more likely.

All of that would make the greenback stronger against the euro as the European Central Bank maintains its zero-interest policy in light of low inflation rates in the eurozone.

So, no currency war then? Well, it all depends to what extremes the US president may choose to go. Hans-Peter Burghof wouldn't put it past Donald Trump to ratchet up pressure on the Fed to avoid more interest rate hikes and accuse the central bank of harming US national interests.

The central bank, headed by Trump favorite Jerome Powell, may also change its policy when economic data lose their shine. Burghof argues the Fed is not as independent as the ECB, with the Federal Reserve explicitly called upon to support the government's economic agenda.

"But even if a weaker dollar results in some trade advantages, it is bound to backfire long-term," said economist Volker Wieland, pointing to the United States' huge debt burden. China holds some $1.2 trillion of that debt, Japan roughly $1 trillion and Europe some $800 billion.

"Should the dollar devaluate consistently, interest rates to be paid by the US government would have to rise."