The return of looted African cultural assets from German museums has been controversial for years, but it has not been resolved. There have only been recommendations from the German government to the Museum Association. 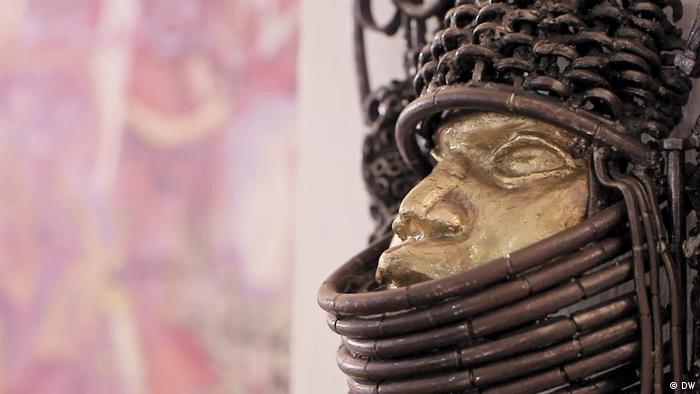 The DW documentary "The Stolen Soul - Looted Art from Africa" by Almut Dieden was shot at the places of origin of the looted artifacts. With the example of an artfully crafted ship's beak from Cameroon, the so-called Witbooi Bible from Namibia and valuable Benin bronzes from Nigeria, the film illuminates above all, African perspectives on the theme of history.

“We want the outright return of those things here. They belong here, this is where they were made, and we know the purpose, the reason why we made them,” says Prince Edun Akenzua who has unsuccessfully tried to reclaim from bronzes in Great Britain that were stolen from the royal palace in Benin 20 years ago. Nigerian artist Enotie Ogbebor demands an apology: “The easiest way is to return the artefacts. Say sorry, this was wrong!” 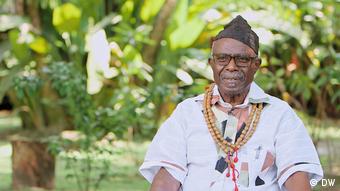 Cameroon: Prince Kum'a Ndumbe III wants the possessions of his grandfather back

An estimated 1.5 million artifacts from all over the world are stored in the depots of German ethnological museums. Stuttgart's Linden-Museum alone has 60,000 objects from Africa.

In February 2019, DW accompanied a delegation from Baden-Württemberg to Namibia. In a ceremonial act of state, President Hage Geingob accepted the stolen Bible and a cattle whip belonging to Nama leader Hendrik Witbooi. The negotiations had begun six years prior to this. 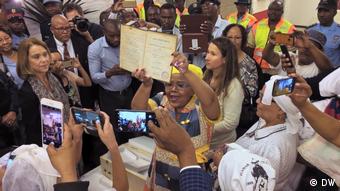 Arrival of the Witbooi Bible at the airport in Windhoek, Namibia

Speaking in Namibia, Federal State Minister of Science Theresia Bauer said: “In Germany, the acknowledgment of our difficult colonial past has taken far too long but is has begun. A taken for this is the return of the Witbooi bible and whip after more than 100 years – far too long. And I am deeply sorry for that.“

The documentary will be available in German, English, Spanish and Arabic on dw.com from Sunday, September 6, and can already be viewed on DW's YouTube channels.