When consumers constantly upgrade to the latest smartphone, this carries a heavy environmental cost. Although recycling helps, the underlying problem is economic growth versus the environment. How can this be solved? 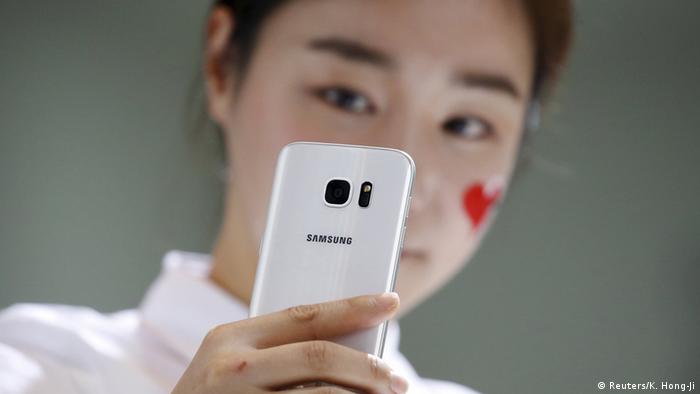 One German telecommunications provider advertises: "Never miss an innovation - get a new smartphone or tablet each year. That may be music to the ears of most techies, but it's bad news for the environment.

Kümmerer, a professor for green and sustainable chemistry at the University of Lüneburg in Germany, worries about people underestimating the impact that the production of smartphones and other high-tech products has on the environment and on the world's resources.

"Smartphones and headphones contain the precious metal neodymium, for example," he says.

Neodymium is a soft, silvery metal belonging to the class of the so-called rare earth metals. 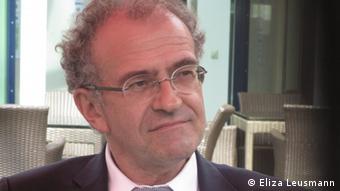 Mixing neodymium with other metals makes alloys that create powerful magnets, which are needed in microphones, loudspeakers and headphones.

Even though the metal is distributed widely over the Earth's crust, mining and processing neodymium requires a lot of energy. And in the end, neodymium is just one of the substances needed to produce those highly sophisticated products we call smartphones.

All tech products that we purchase and later so quickly throw away contain hundreds or even thousands of chemicals, metals and alloys: gold in SIM cards, copper for cables and contacts on circuit boards, lithium for batteries, tantal for capacitors, indium for displays. Although smartphones contain only traces of each of these substances, this all adds up to vast amounts of valuable resources. All hidden within a cell phone.

These metals come from diverse countries around the world, where the ores are mined and processed into pure metals.Most metals do not exist in their pure form in nature, rather are laced as compounds throughout special rocks. Processing these ores to produce a smartphone takes massive amounts of labor and energy. 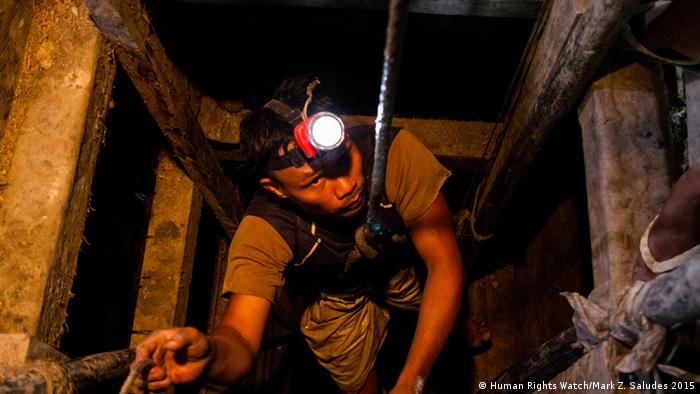 According to Human Rights Watch, child workers are mining gold in the Philippines

Moreover, many of those ores are extremely rare.

"We are running out of many elements, such as silver, manganese, zinc, gold and platinum," says green chemist James Clark of the University of York in the United Kingdom. He says they will be depleted in five to 50 years.

Dreaming of a circular economy

James Clark sees recycling and other green chemistry measures as a "significant contribution toward saving the world." Saving the world would be only a matter of determining the right recycling processes to recover important metals from old cell phones, he tells DW.

But according to a study done by digital industry association Bitkom in 2014, more than 100 million old cell phones are lying unused and unrecycled in the drawers of German households. This electronic scrap never finds its way to a collection station.

Experts call it "dissipation." In other words, we are scattering about the precious resources that we urgently need, now and in the future. 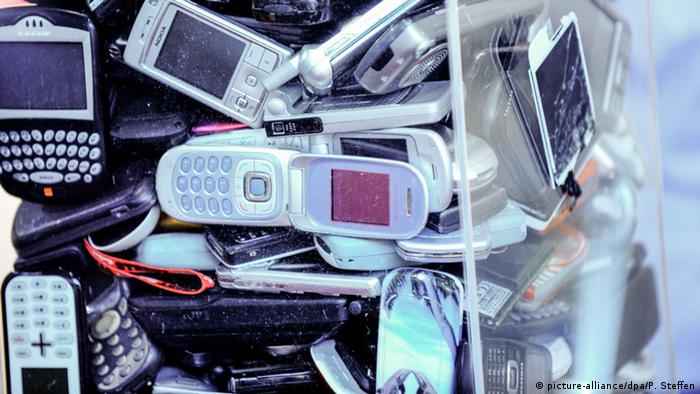 Too much efficiency can be a bad thing

While many green chemists, including James Clark, see recycling as the perfect solution to solve both our resources and waste problem, Kümmerer is more skeptical.

"Recycling is good and important," he says, "but the recent hype about recycling is nonsense."

Even if all old cell phones were to be handed in, this would not close the recycling circuit, Kümmerer says, as not all materials can be 100 percent recovered.

When producing a smartphone, many metals - and also other substances like plastic - are mixed together to achieve the functionality the product needs. "You'll never get all of those metals separated again," Kümmerer says.

And as products are become ever more efficient, this poses an additional challenge for recycling: If a device contains even fewer traces of a metal, in the end it will not be worth recycling at all, Kümmerer fears.

Before we think about recycling our waste, we should think harder about avoiding waste at all, Kümmerer says. He quotes Albert Einstein: "Intellectuals solve problems, geniuses prevent them." 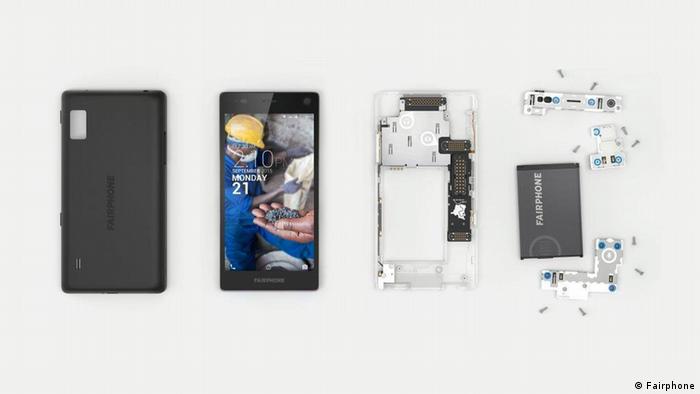 The Fairphone's design allows it to be fairly easily repaired

The fairytale of an ever-growing economy

A Dutch team of entrepreneurs developed the so-called Fairphone, a device that is supposed to last for a lifetime. Users can replace many parts themselves. This way, swapping out your entire phone when its battery or display is broken would no longer be necessary.

"If we can make people hang onto their phones for five years instead of two, that would mean less phones are needed. And that would be a huge benefit," says Fairphone CEO Bas van Abel.

Yet companies cling to the model of people buying a new mobile phone each year. The more tech products they sell and produce, the more money they make. And the more money the industry makes, the more a country's economy flourishes. But therein lies the problem.

Paul Hodges, chairman of the chemical consulting company International eChem, seeks a paradigm shift: a break with the concept of an ever-growing economy.

"We have to find our way back to an economy like that before the baby boomer generation," Hodges said in April 2016 at the Green and Sustainable Chemistry Conference in Berlin.

Societies need to move back to before the massive push for economic growth over the last 70 years or so. In that case, a "stagnating" economy is perfectly fine, Hodges says.

Hodges poses a question for all of us: "Do you really need a new smartphone - or do you just want one?"

After all, this desire is what feeds our "throwaway society."