Novak Djokovic has earned a berth in the final of the Australian Open by beating Roger Federer in four sets. Earlier, Germany's Angelique Kerber and Serena Williams advanced to the women's final. 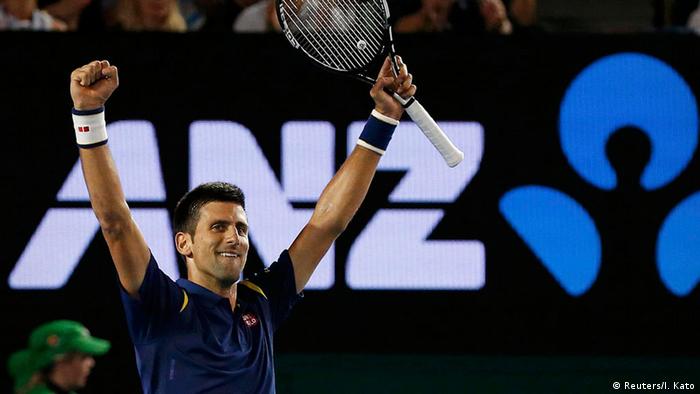 The win gives the Serbian a slight edge over his Swiss rival in head-to-head encounters, now having taken 23 of their 45 matches, compared to 22 for Federer.

Djokovic, 28, who has had the edge on the 34-year-old Federer in recent years, looked unbeatable as he dominated the first two sets, before Federer, urged on by the crowd in the Rod Laver Arena, came back to win the third. On Sunday Djokovic will become the first man in the Open era to play in six Australian Open finals.

"I played an unbelievable first two sets but that is what is necessary against Roger as he has been playing at a very high level in this tournament," Djokovic said afterwards.

"I knew he was going to be aggressive and mix up the pace and try to come to the net, but I came out with the right intensity with great concentration and I executed everything perfect. But it was a battle in the end."

The 28-year-old Serbian will face either world No. 2, Andy Murray of Scotland or the 13th-ranked Canadian, Milos Raonic in the final. They are to play their semifinal on Friday.

Earlier, Angelique Kerber became the first German woman to reach the Australian Open final in 20 years, by beating Johanna Konta 7-5, 6-2. She is to face the top women's player, Serena Williams of the United States, in Saturday's final, after the American beat Agnieszka Radwanska of Poland 6-0, 6-4.