Hamid Gul suffered a brain hemorrhage at a resort near Islamabad. The one-time US and Saudi ally broke with those nations later in life, supporting Islamist militancy and figures like Osama bin Laden. 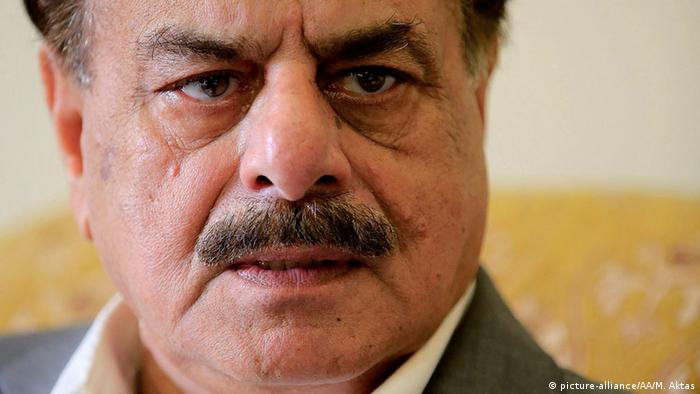 Leaders in Pakistan paid tribute to the late Hamid Gul, the divisive ex-chief of the Inter-Services Intelligence spy agency on Sunday, a move bound to anger neighbors India and Afghanistan, where he is seen as a key figure in promoting Islamist militancy in the refgion.

The 79-year-old Gul died of a brain hemorrhage late Saturday at the hill resort of Murree near the capital, Islamabad.

"(Prime Minister) Nawaz Sharif has expressed his heartfelt condolences over the sad demise of ... Hamid Gul," his party's media office tweeted. "The prime minister prayed eternal peace for the departed soul and said that may God bless the deceased."

Lawmaker Arif Alvi tweeted about Gul's death and called him "a great man."

On the other side of Pakistan's borders, however, Gul was seen a vocal proponent of militant extremism. In Afghanistan, he worked closely with US and Saudi officials when he was head of the ISI to strengthen Afghan fighters locked in combat with Soviet forces in the late 1980s. Many of those fighters later became part of the Taliban insurgency.

India holds him partly responsible for the men and arms diverted from the Afghan war towards the end of his posting as spy chief in 1989, sending them instead to budding militant groups involved in separatist movements in India-administered Kashmir.

The disputed region, claimed by both India and Pakistan, has been the cause of two of the three wars between the neighbors since they became separate countries in 1947.

Following his retirement, Gul could frequently be seen on television defending both the Taliban and Kashmiri militants. He also earned international ire by blaming the September 11, 2001 attacks in the United States on a Jewish conspiracy.

Six men have been sentenced to death in a secret military court in Pakistan. The men were convicted for involvement in a Taliban massacre of school children. (14.08.2015)