Bitter schisms are emerging in Israel as political parties wrangle over rewriting the Tal Law, which dictates who is conscripted and who is exempt from military service at the age of 18. 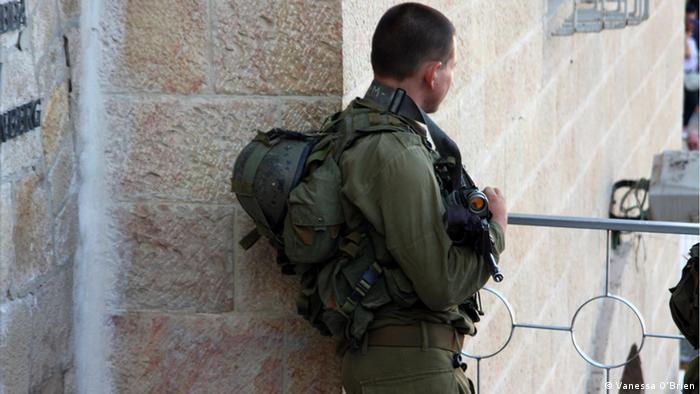 The Jerusalem Post reported on Tuesday that Knesset Speaker Reuven Rivlin would delay the recess to enable the government to pass an alternative bill to the Tal Law.

The Israeli Supreme Court of Justice ruled the Tal Law was "unconstitutional" in February of this year, and the law expires in August. Failure to pass a new law could prove disastrous for the fragile coalition of Israeli Prime Minister Binyamin Netanyahu, and possibly force early elections.

Netanyahu's Likud Party is haggling with coalition partner centrist party Kadima over the finer text of the bill. There is additional pressure within the coalition from the Shas Orthodox party to preserve the exemption on Yeshiva (educational institution that focuses on the study of traditional Jewish religious texts - the ed.) students studying at the Jewish seminary, and also from Foreign Minister Avigdor Lieberman's far right party Yisrael Beytenu, which has written its own bill requiring every 18-year-old in Israel to serve, including Israeli Arabs.

Aish Ha Torah Rabbi Shimon Hurowitz said the study of the Jewish holy books, the Torah and the Tanakh, was "extremely demanding," and Yeshiva students shouldn't be expected to interrupt their studies for army service.

"To get a knowledgeable Jewish population that can function with all things we have to do as an observant Jew, I would say he has to at least learn for 10 years, from 18 to 28. If you were talking to a medical student, and he's in the middle of his studies, would you say 'come on out and take three years off?'" 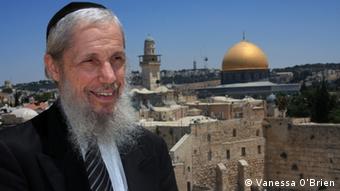 Rabbi Shimon Hurowitz says students should not interrupt their studies

Most Haredim are married by the age of 23, and many already had families, Hurowitz told DW.

"The army really doesn't want married guys in the army. If something happens, there would be a widow, or God-forbid, an orphan."

Since the founding of the Israeli State in 1948, Haredim (most conservative form of Orthodox Judaism - the ed.) have been exempt from conscription for the purpose of studying Judaism.

If no new law is passed, in theory the state could draft about 62,000 Yeshiva students and ultra-Orthodox youths this August, on top of the 7000 yeshiva students who already serve.

Instead, political commentators in Israel agree that a new bill is likely to see a gradual implementation to increase the enlistment of Haredi and Israeli Arabs, allowing the army time to adjust for the special requirements of both people groups.

Hurowitz doesn't object to defending Israel with arms, but says it's also important to defend its Jewish identity through Yeshiva.

"The Supreme Court uses the standard of equal burden. So, that's exactly what I'm saying: there's a physical burden - secular Jews are handling that part - and there's a spiritual side of the burden, and religious Jews are handling that part. Sixty-four years of wars here - a state of war - and how come we're still on the map? One could argue that it's this combination that has kept us successful. Who cannot say that it is not because of the Yeshiva students learning and praying, so that on the ground in the wars, the Jews were victorious?" 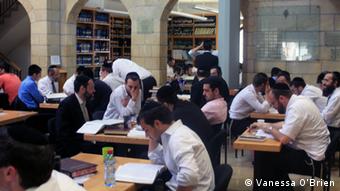 One compromise being tabled suggests deferring drafting Haredim until the age of 23. Haredi man David Tamary, who joined the Orthodox unit of the Israeli Army at the age of 24, said this was simply a bid to keep Orthodox youth from outside influences.

"The Rabbis think that if they would let the Yeshiva guys leave the Yeshiva for three years and see the other world, the world beyond the walls, they will leave the community, they will leave the Haredi company. That's what they're afraid of. The main stream in the Haredi segment should be more open-minded and I think that the army is the best solution to get to that situation," he told DW.

Army service is a rite of passage for the majority of Israelis. While young Haredim strap on their phylacteries - small leather boxes that contain parchments of the Torah - other fresh-faced Israeli teenagers strap on their guns.

Israeli men serve in the army for a minimum of three years from the age of 18, and women for two years. It's a shared experience, a joint sense of camaraderie and pride, and a point of entry into Israeli society - but one that Israeli Arabs don't yet share.

Participation in a national service alternative to army service is growing in popularity amongst Israeli Arabs. However, Elad Shamir, manager of the Arab sector of Ha'aguda Le'Hitnadvut, an organization that manages civil service volunteers, said making service mandatory for Israeli Arabs would be counter-productive to building trust.

"If you legislate, or you obligate the service now, it will finish it. If you wait 10 years, we'll have thousands, maybe hundreds of thousands of volunteers and families and villages, and the whole concept will be more understood. It's too early, he told DW."

Ha'aguda Le'Hitnadvut started managing volunteer service positions for Israeli Arabs just four years ago, with 200 volunteers.Today it manages more than 2,400 Israeli Arab volunteers, and has a waiting list of applicants.

It's programme is designed specifically for Israeli Arabs: the volunteers, 90 per cent of whom are female - work in their own communities and villages in different sectors including health, education, civil administration, football coaching and even fire fighting. 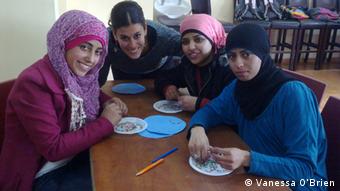 More and more women are opting for volunteer service

National service volunteers receive the same benefits as Israelis who serve in the army, including a NIS12,000 one-time grant (2,500 euros) toward starting out in life after two years of service.

Few Israeli Arabs volunteer for army service and some who participate in a national service alternative had been singled out for harassment in their own communities said Shamir.

Muhammad Abu Omar, who owns a shop in Jerusalem's Old City, said any kind of service in Israeli institutions was a travesty.

"I think it's a disgrace for any Palestinian to serve in the Israeli army or the army of the occupiers. This is the biggest disgrace you can do is to serve your occupier, and to serve in his army."

"I think they shouldn't be carrying guns, they shouldn't be in fighting units. For them it's different. They should be maybe helping in other ways - definitely not in a position that would have access to weapons - it's too dangerous."

One year after waves of protests in Tel Aviv, thousands are taking to the streets again, demanding political reforms. The mood darkened over the weekend following the self-incineration of an activist. (15.07.2012)