Disinformation on the front lines: 'War is not just bombs and tanks' Justin Arenstein is the founder and CEO of Code for Africa

Russia's invasion of Ukraine has led to a proliferation of disinformation on social media that is challenging journalists and fact-checkers around the world. Justin Arenstein is the founder and CEO of Africa's largest investigative technology and data journalism initiative, Code for Africa (CfA). We spoke to him about how disinformation strategies being implemented in relation to Ukraine have been used by Russia in Africa for years.

DW Akademie: With Code for Africa, an investigative technology and open data initiative on the continent, you have looked into disinformation campaigns. Could you give some background on this and how they are now adapting to the Russian invasion of Ukraine?

Justin Arenstein: We at Code for Africa started tracking influence operations designed to subvert the media in 2012, first by criminal cabals like the Guptas and their British strategists involved in ‘state capture’ corruption in places like South Africa. But increasingly, we have also looked into disinformation campaigns accompanying insurgencies, manufactured conflicts and civil wars in the Sahel region, and counties like Ethiopia, the Central African Republic (CAR), Niger, Mali and the Democratic Republic of the Congo (DRC).

Insurgencies are very good at messaging and pointing out the failing of governments, or democratic processes. But we realized there was a lot of coordinated, inauthentic amplifications of that messaging.

We realized that large global nations are meddling in small countries and subverting public opinion. For example, we saw that Russia got involved in Sudan before the revolution, bolstering the regime and agitating very hard for its approval of a military naval port at the Red Sea. And we saw Russia doing similar influence campaigns everywhere from CAR to Mali and most recently in Burkina Faso.

They use a fairly similar playbook in all these countries. It includes pushing the narrative that Russia has no colonial baggage in Africa, portraying itself as a long-time friend of African people fighting against imperialists and colonialists. This, of course, is to contrast against the colonial, slave-owning past of the French, Americans, British and other Europeans.

Then Russia invades Ukraine and African students trying to cross the border to Poland and get abused and kicked-off trains in apparent racism. This becomes an Aha-moment that "Putin was right" for people that have been exposed to these Russian narratives. We have seen it repeatedly across multiple countries in Africa. The narrative is amplified alongside very graphic images of Europe and Americas "wars of liberation" in Syria and Iraq and then asking "has Russia done anything similar?" The technique transforms deep-seated sense of injustice into pro-Russian sentiment.

What do Russian disinformation campaigns look like and how are they managed?

Initially it was very crude messaging, using accounts that were transparently bots pushing content that was obviously not written by an African. It was easy to detect and easy not to believe. But then we started to see sub-contracting and franchising, where they recruit local African operators that manage sock-puppet accounts and networks that look and act like real Africans to transmit increasingly polished multimedia content.

An example of just how sophisticated this can get is the Hollywood-style "Le Touriste" (The Tourist), an action movie that portrays Russian mercenaries as the good guys fighting "evil jihadis" and corrupt governments on behalf of the citizens in the CAR. Our colleagues at the DFRLab showed how, after initial heavy coordinated amplification, the movie has gone viral. Moreover, we have now also started seeing the production of animated comics and other infotainment content targeting the youth that is deliberately targeting specific age groups on Instagram or WhatsApp.

The networks that are distributing the content, and then separately amplifying it, are also increasingly sophisticated using a combination of fake sock-puppet accounts alongside those of real people who have been converted to the cause. The social media content feeds into a growing echo chamber of pro-Russian bloggers and African "opinionistas", who all cross reference or quote each other, creating the perception of multi-sourced and substantiated "journalism". It’s very similar to the growth of the alt-right media ecosystem in North America.

We've also seen Russian embassies across the continent (and world) try to sidestep media sanctions against RT [Russia Today] and its other state media by setting up local Telegram and other 'dark social' channels that share their side of the Ukraine story using lots of satire, graphics and "fact-checks". This messaging is often then echoed by Chinese state media, or local Chinese embassies, and increasingly by African media with either Russian or Chinese co-ownership, often word-for-word. 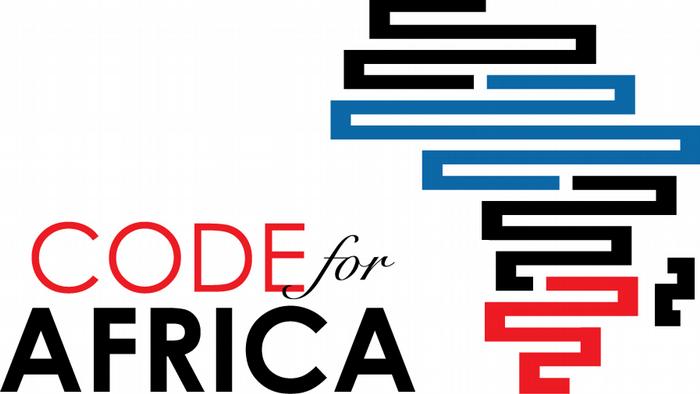 DW Akademie has been working with Code for Africa since 2018

What is the agenda behind this?

From what we’ve seen, the campaigns are built to create pro-Russian sentiments, initially to prepare the way for operations by Wagner Group mercenaries or other Russian economic/military interests in Africa. But more recently, one reason seems to be to re-frame what is happening in Ukraine in order to create fallback marketplaces for goods and services. Russia's interests in Africa range from access to minerals and other resources to export trade and major infrastructure projects like, for example, Russia's long-running lobbying efforts to build nuclear power plants in countries like South Africa.

Another aim seems to be to amplify the grassroots growth of an African non-aligned movement. Where the rest of the world stands in unity and opposition to the invasion of Ukraine, 17 out of 54 African countries either abstained, did not vote, or voted against the UN security council condemnation of the invasion. The concept of a non-aligned movement has a long and proud history on the continent – not even being non-partisan or neutral but refusing to be aligned in a bipolar ideological war in the North – and the disinformation strategists are very clever at leveraging that sentiment.

Knowledge about state-affiliated disinformation in African media is limited to small circles of academics and within a small niche of media that has the tools and the resources to dig deep into the topics. Most media just don't have the resources. In addition to that, both Russia and China are setting up their own state-affiliated media networks in Africa. We see both Russia Today (RT) and China Central Television (CCTV) running massive bureaus out of Nairobi, some of their biggest global bureaus. RT is currently advertising for 300 new correspondents around the continent. RT is also rolling out its most senior African journalists onto talk shows, to frame sanctions against Russian state media as a press freedom issue. The argument is winning significant public support. The Chinese also reportedly employ 300 journalists just in Kenya alone.

Also, many African media can't afford buying content from international news agencies. And these state media know how to exploit that fact: Many of the African content producers at CCTV, for example, are not journalists, they are academics and researchers at think tanks. They are hired to write opinion pieces. Those pieces then get re-published and syndicated back out through content-sharing agreements with African media houses – for free. What readers are being served is an opinion piece by a professor from an African University and they don't realize that it originates from a Chinese state media newsroom. But it is, of course, sporting some very strong pro-Chinese arguments. We see many other global media doing the same thing.

What do organizations like Code for Africa (CfA) and African media houses need to be able to deal with disinformation?

Media watchdogs need the technology and analysts to detect and track this stuff. But it is expensive. Just one of the AI tools we use, for example, costs the equivalent of the salary for several journalists per month. That's out of reach even for large media outlets on the continent. So we need to collaborate more to pool resource. We do see more and more collaborative efforts where civic tech organizations and disinformation watchdog organizations work together. One example is our African Digital Democracy Observatory (ADDO) which brings together partners like DFRLab, with African policy think-tanks, global disinformation experts, and forensic investigation teams with AI tools like our CivicSignal and iLAB teams. We're part of a similar network of over 200 newsrooms fighting misinformation, the African Fact Checking Alliance (AFCA), where fact-checkers are pooling resources and helping each other tackle toxic content.

Also, I think that indigenous African civil society and other watchdog organizations are getting better at detecting, understanding and exposing these networks because of flash-points like Ukraine. Awareness is growing that a war is not just bombs and tanks, it's also an information and an economic war.

From a policy intervention point of view, we need to bring the platforms to the table in Africa. You can't have a Meta, Twitter or TikTok policy team sitting in Dublin or San Francisco working on Africa. They need to be based in Africa. They need to be staffed by African experts who are not second fiddle to any European or North American. And they need to be engaging with audiences here in the same way we see platforms responding to the crisis in Ukraine. Some of the platforms are starting to do this, with notable impact. Now we need to get the rest to do the same.

Code for Africa (CfA) has over 90 full-time forensic analysts or investigative technologists in 21 African countries, and works with newsrooms in 22 countries. DW Akademie and Code for Africa have been working together since 2018. DW Akademie has been supporting PesaCheck in setting up verification desks in Kenyan newsrooms and supported the iLAB since its incubation phase in 2019.

Kenya: Troll trackers and the fight against the disinformation industry

Code for Africa, a DW Akademie partner, tracks down the puppet masters behind disinformation campaigns in the run-up to the country’s elections. Concerns were aired at a recent roundtable.