Men are said to be better than women at creating maps in their brains. But as the three winners of the 2014 Nobel Prize in Medicine show, even mice have brain cells for navigation. 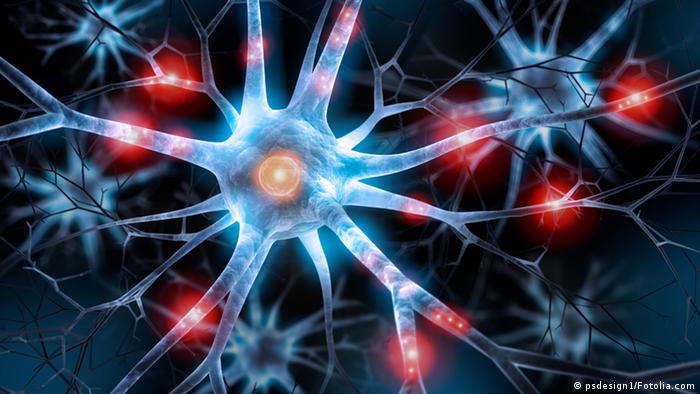 You may not think it, but research on the brains of mice and rats has revealed how humans find their way from one place to another.

It is for their work in this area that John O'Keefe of University College London, and May-Britt Moser of the Center for Neural Computation in Trondheim and her husband Edvard Moser of the Kavli Institute for Systems Neuroscience in Trondheim have been announced as this year's winners of the Nobel Prize in Medicine and Physiology.

One half of the price goes to British-American John O'Keefe, the other half to the Norwegian couple May-Britt and Edvard Moser, "for their discoveries of cells that constitute a positioning system in the brain," the Nobel Assembly at the Karolinska Institute in Stockholm said on Monday.

When the Nobel committee contacted May-Britt Moser to give her the news, she said she cried.

"I was in shock, and I am still in shock," she told the Karolinska Institute in an interview directly after the announcement. "This is so great!" 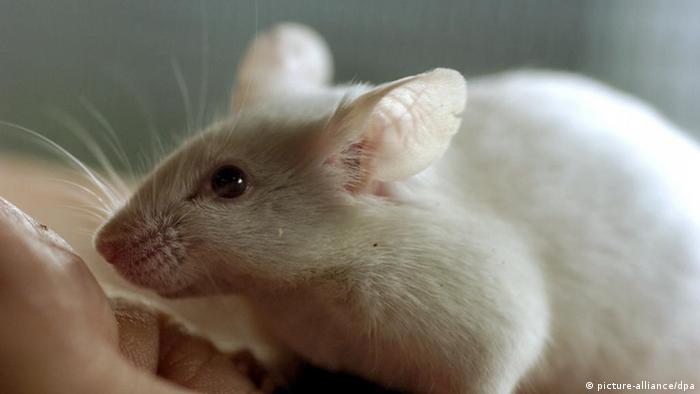 What works in mice, works in humans

Other European neuroscientists are celebrating the Nobel Prize committee's decision as well.

"It is fantastic," Michael Brecht, a brain researcher at the Bernstein Center for Computational Neuroscience in Berlin, told DW.

Brecht, who says he knows all three Nobel laureates personally, added "they are great people and very impressive research characters. This Nobel Prize is well-deserved."

Marianne Hafting Fyhn of the department of bioscience at University of Oslo worked under May-Britt and Edvard Moser in their research group at the Norwegian University of Science and Technology in Trondheim.

"Personally it is a wonderful day for me as well," she told DW. "[The Mosers] are extremely nice people. There was always a nice atmosphere in the lab and they work on a very high scientific standard."

At the Max Planck Institute for Brain Research in Frankfurt am Main spokesman Arjan Vink said "we are absolutely thrilled."

"Edvard Moser and John O'Keefe were only here at our institute less than two weeks ago," Vink said. The two - yet-to-be - Nobel laureates were there to speak at a symposium. 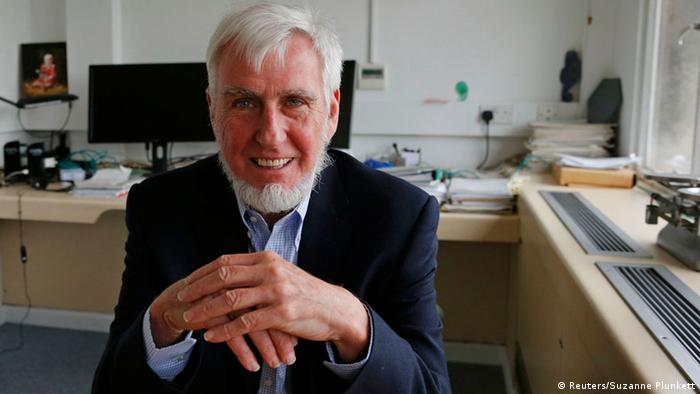 John O'Keefe discovered navigation in the brain back in the 1970s

Seldom are newly announced Nobel laureates still engaged in everyday, active research. But that is the case with O'Keefe and the Mosers.

That said, John O'Keefe's first crucial discovery was more than 40 years ago.

In 1971, he watched rats moving freely in a room and recorded signals from nerve cells in a part of their brains called the hippocampus.

The hippocampus is responsible for assigning things to long-term memory.

O'Keefe discovered a new type of cell, which he called "place cells." He concluded that they form a virtual map of the room.

"At that time, scientists already assumed that the hippocampus had to be important [for orientation]," Brecht says. "But only O'Keefe had the crucial insight of how to study these cells. He realized you just had to get the animals going."

Andrew Speakman of University College London says O'Keefe's success is not down to luck.

"He is an amazing scientist and the best kind of enthusiastic, original and inspirational person," Speakman said.

Speakman worked with O'Keefe in the 1980s.

It was less than ten years ago, in 2005, when the couple discovered another key component of the brain's positioning system - and "made things hum," as Michael Brecht puts it. 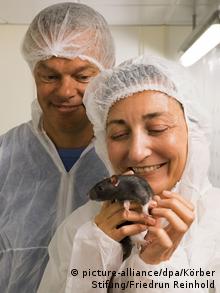 These cells generate a coordinate system and allow for precise positioning and path-finding.

The cells fire when the animals are at certain locations "and these locations form a hexagonal pattern", Edvard Moser told DW in an interview earlier this year. "It is almost like the tiles in a bathroom."

"That there are grid patterns inside the animal's head was an amazing observation," Brecht says.

The Mosers showed that orientation "is a constructive process and not something that the animal has learned."

May-Britt and Edvard Moser were awarded the Körber European Science Prize earlier this year for their discovery.

From mice to humans

"This internal map is general across all mammals that have been investigated," Edvard Moser said.

And it is a system that develops quite early in evolution.

"Most recently, grid cells have been shown also in humans."

Brecht says "it was to be expected" that sooner or later the Nobel Prize would be awarded to the discoveries linked to the brain's navigation system as this research is "relevant for the field of medicine."

In patients with Alzheimer's disease, for example, the brain regions involved with orientation are frequently affected at an early stage.

Patients often lose their way and fail to recognize their environment.

"Learning how this system works in the normal brain will have consequences for the diagnosis and treatment of Alzheimer's disease," Edvard Moser said in his DW interview.

But it is still just basic research, he says. "[There'll be] more in the future, but we will get there."

Nobel Laureate Moser: 'We built our lab from scratch. It's like our third child'

Edvard Moser, one of this year's winners of the Nobel Prize in Physiology or Medicine talks to DW about his research, working with his wife, May-Britt Moser, and their "third child" - their lab. (09.10.2014)

The Swedish Academy has awarded the Nobel Prize in medicine to a trio of brain researchers. Two Norwegian and one American scientist share the award for their work on the brain's 'GPS system.' (06.10.2014)

How do creatures get their orientation right? Does it have anything to do with Alzheimer's? Nobel-Prize Laureates May-Britt and Edvard Moser have found some answers to those questions. (06.10.2014)

Press release of the Karolinska Institute