Findings suggest that the Australian canine is an "intermediary" between wolves and domestic dogs. Dingo research could help scientists identify the cause of diseases in domestic dogs. 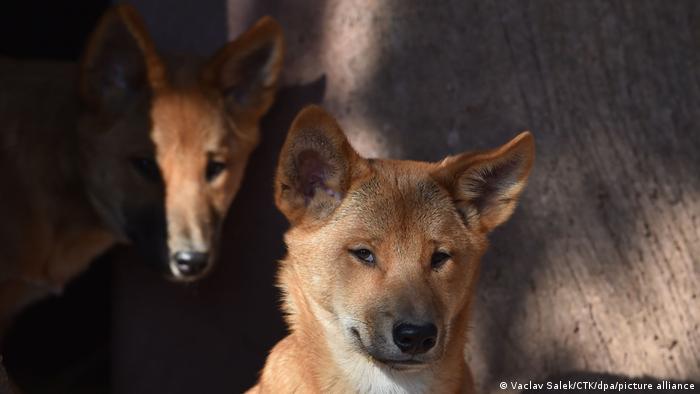 Dingoes may be further from domestic dogs than was previously thought

Dingoes are an "early offshoot" of domestic breed dogs, according to a new study published on Friday in Science Advances.

The findings suggest that the dingo is an evolutionary "intermediary" between wolves and domestic dogs, in contrast with another view that would have them as genetically identical to feral dogs.

The dingo has been Australia's top predator since the extinction of Tasmanian tigers in the twentieth century. The animal is revered in Australia's aboriginal cultures.

What do we know about the evolution of dingoes?

"The evolutionary position of the dingo has been debated for a substantial period of time," co-author of the study Bill Ballard told the AFP news agency.

Some researchers maintain that the canines are simply a form of domestic dog. Dingoes are harder to tame and more indifferent to humans than dogs, although they are not normally aggressive. 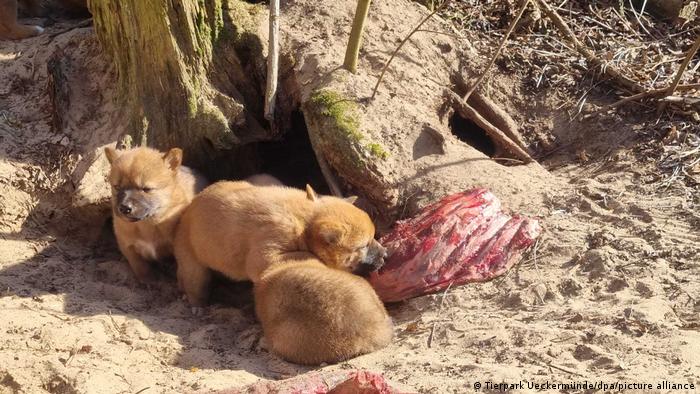 Dingoes are thought to have been brought to Australia some 5,000 to 8,500 years ago. Pictured are dingo puppies in the Ueckermünde wildlife park in northeastern Germany.

The research compared the genome of a desert dingo named Sandy, who was rescued in 2014 along with her siblings, to those of five domestic dog breeds and the Greenland wolf.

The study found that the dingo's genome was structurally distinct from the five dog breeds. The breeds analyzed were the boxer, German shepherd, basenji, Great Dane and Labrador Retriever.

Nonetheless, the dingo genome still showed more similarity with domestic dogs than the Greenland wolf. The study found that Sandy was closest to the German shepherd than the other dog breeds.

"Sandy the desert dingo is intermediate between the wolf and the domestic dogs," Ballard told AFP.

The team behind the research plans to sequence the genome of the alpine dingo, one of two dingo types found in Australia. Sandy belongs to the desert dingo type.

Knowing more about the dingo genome could help researchers identify the causes of genetic diseases in domestic dogs, rather than having to rely on comparisons between inbred dog breeds.