Digital diplomacy – A challenge for the nation state 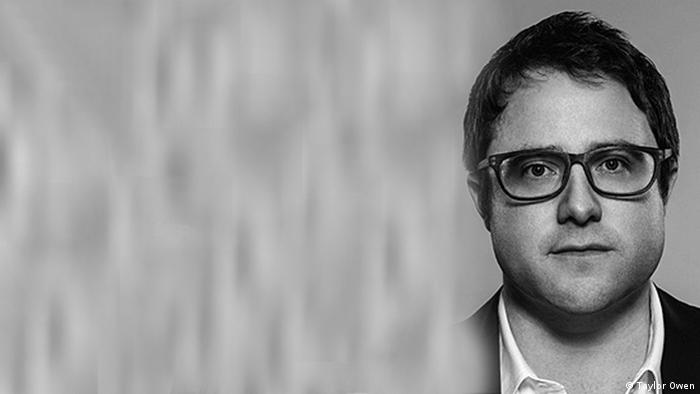 Diplomacy in the digital age is a topic after his own heart. So Canadian Taylor Owen is virtually predestined to appear as a featured speaker in the main panel discussion on the second day of this year’s Global Media Forum. On Tuesday, June 23, we shine a spotlight on “Foreign policy in 140 characters: How technology Is redefining diplomacy.” The session will focus predominantly on the shaping of international policy and its future in the age of Facebook, Twitter and YouTube.

Taylor Owen is Assistant Professor of Digital Media and Global Affairs at the University of British Columbia’s Graduate School of Journalism in Canada and the Research Director of the Tow Center for Digital Journalismat the Columbia School of Journalism in New York. He is the author of the recently published book, Disruptive Power: The Crisis of the State in the Digital Age, in which he takes “a sweeping look at the way that digital technologies are shaking up the workings of the institutions that have traditionally controlled international affairs,” according to the publisher’s description. “With cutting edge analysis of the fast-changing relationship between the declining state and increasingly powerful non-state actors, Disruptive Power is the essential road map for navigating a networked world.”

Taylor Owen says he sees the theme of this year’s conference, “Media and Foreign Policy in the Digital Age” as a unique opportunity to prove his theory that many states try to misuse digital freedom for their own purposes. “Digital diplomacy presents a challenge for the nation state,” he says. He adds that the same governments that are seeking to enable free speech in other countries are at the same time rapidly expanding the surveillance state.

According to Owen, Edward Snowden's revelations have shown how sensitively states can react when they feel they have been publicly sidelined. “Like a traditional battlefield, they are seeking to control it, to – as they themselves claim – “know it all.” By seeking to control, monitor and undermine the actions of perceived negative actors, the state risks breaking the very system that positively empowers so many. And this will ultimately harm those living under autocratic and democratic regimes alike.”

Against this backdrop, the session on digital diplomacy promises to be a fascinating discussion that addresses a number of pertinent issues, such as the role of digital diplomacy as a harbinger of global media democracy and the opportunities and risks involved in integrating new media into conventional public diplomacy.