Many people struggle to take a break from their phones

After a period of about six weeks when not much happened on his social media accounts, UK actor Tom Holland posted a video on Instagram. "Hello and goodbye," the Spider-Man star said, before going on to explain that he had decided to "take a step back" from social media because he found it "overstimulating" and "overwhelming."

"I get caught up and I spiral when I read things about me online and ultimately it's very detrimental to my mental state," the 26-year-old said.

He joins a long list of famous people who have taken a break from social media in recent years. To name but a few, the singers Ed Sheeran, Britney Spears, Miley Cyrus and Justin Bieber and the actor Selena Gomez have all opted for a spate of digital detox at one time or another. They cite various reasons, ranging from saying there is too much violence and hate speech online, that they cannot cope with spending so much time looking at a screen or that they dislike the culture of self-obsession.

And it is not only the entertainment industry that is affected. Robert Habeck, the current German economy and minister and co-leader of the Green Party, left Twitter in 2019 and has not returned. In his blog, he wrote: "No other digital medium is as aggressive as Twitter, and none so full of hatred and malice." Last year, he told German broadcaster ZDF that it was one of the "wisest decisions" that he had ever made. 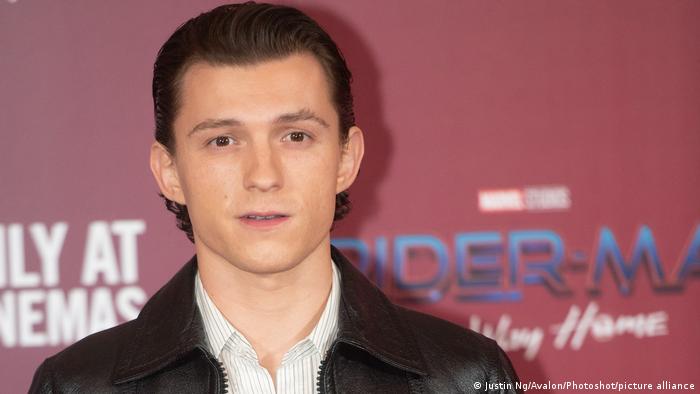 Not only famous people need a break

However, it is not only famous people who sometimes feel they need a break from social media; so do "normal" users. According to a recent survey by the digital association Bitkom, 10% of the population in Germany planned to spend more time offline this year — and about 43% had taken a break from digital media in the past to feel better.

But how "bad" are the social media really? There have been plenty of studies that have explored the impact of Instagram, Twitter and other such platforms, but there are no clear results.

A recent study by the University of Bath in the UK found that as little as a weeklong break could improve general well-being and reduce anxiety and depression. However, these results might also have to do with the fact that the participants had agreed from the start to refrain from using social media for a week — thus they might have been more motivated in the first place.

Other studies have also made a link between the time a user spends online and depression, but many experts say that it is hard to say what came first, as people with depressive tendencies might be more inclined to use social media. Other research, such as a 2019 study by Abu Dhabi University, showed that digital detoxes could also have negative effects; participants reported stress and loneliness during their break from social media.

"It's important that we ourselves have a say in how much time we spend with [social] media, for what, when, and how long," says Kristin Langer from the German "Schau Hin" ("Look!") initiative, which advises parents on how to help their children develop digital competency. "And that we don't get sucked in by other people and mechanisms, such as push notifications and reminders. You can get pulled in — but you should be aware of it," she told DW.

The impact of social media on a person's life also always depended on personality, said Langer. While some people benefitted from new networks, others felt pressure and also envy when they compared themselves to other users who appeared to have it better in life than them, she said.

Just turn it off: A vacation from our smartphones

Could a currently popular app from France help? BeReal claims to bring authenticity to the world of social media. Users cannot edit anything or use filters on their photos, nor can they post them several times in a row. The idea is to give real insightd into people's real lives.

The app prompts users via message to take a photo within two minutes. It is not known in advance when the message will arrive. It can appear in the morning or late in the evening and is addressed to all networked friends and followers. It doesn't matter if you're cleaning your apartment or cutting your toenails — when the request comes, this should all be photographed. If you post outside of the designated timeframe, the photo is marked as being "late" by the app.

But this is not necessarily a completely safe app, warned the "Schau Hin" initiative. Young people in particular have to be careful not to post something that might turn out to be unpleasant in hindsight or that shows somebody else who might not want to be in the picture. Furthermore, the daily notification can lead to users waiting for it all day and thus not reducing their screentime significantly.

Right-wing politicians in the US criticize the cover shoot featuring the Ukrainian first lady, while Ukrainians say they need the publicity to fight Russia.