Dig for lost Nazi 'gold train' gets underway in Poland

Local legend has it that retreating Nazis hid gold and treasure from advancing Soviet troops in a train hidden 9 meters underground near Walbrzych. A dig has been started to find out. 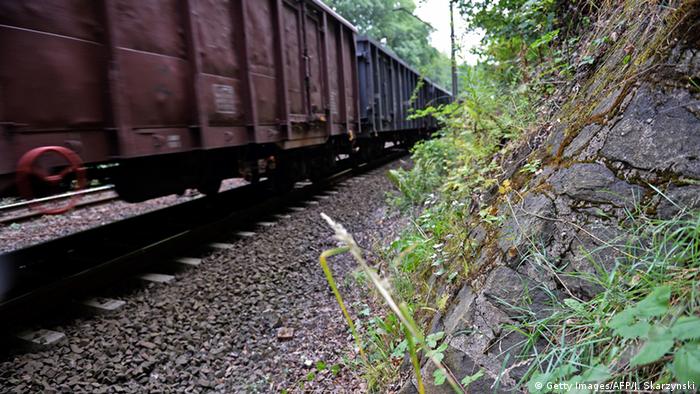 A team of 35 people has started clearing ground at the site on the railway line between Wroclaw and Walbrzych in southwestern Poland, close to the border with the Czech Republic.

"We'll dig down six meters (almost 20 feet) in three areas along a 100-meter stretch of the old railway tracks," project spokesman Andrzej Gaik said on Friday. On Monday, the area will be swept with geo-radar before diggers move in on Tuesday.

"The excavation will give us a clear answer," Gaik said. "Is it there or not?"

During World War II, Nazi occupiers made prisoners of war dig tunnels in the area around the nearby Ksiaz Castle. Local legend has it that looted valuables were stashed there in January 1945.

In August last year, treasure hunters Piotr Koper from Poland and German national Andreas Richter used radar to locate the train carriages, which they believe contain weapon prototypes. They claim to have located the train thanks to information from a person who lived in Wałbrzych at the time.

Koper and Richter said they had discovered several train carriages measuring a total of 98 meters buried about nine meters underground. Koper said on Friday that "it should all be clear by Thursday" next week, August 18. 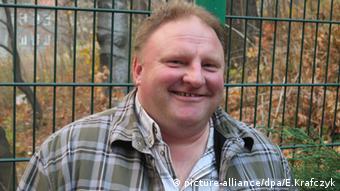 Piotr Koper, one of the treasure hunters

The claims of a train being buried underground have been countered by Professor Janusz Madej of Krakow's AGH University of Science and Technology, who found no evidence for the train after carrying out magnetic, gravimetric and geo-radar studies in December. Madej said at the time he was "100 percent sure there is no train," although he conceded there "may be a tunnel."

But the dig, which will be streamed live online, will go ahead with gusto: "Even if we find a tunnel, that'll also be a success. The train could be hidden in it," Gaik said on Friday.

More on the treasure trail

The months of speculation about the possible existence of the train has been a major talking point and brought other treasure hunters into the area around Walbrzych, which was known as Waldenburg during the German occupation in the 1940s.

After World War II, thousands of ethnic Germans were removed from the area when Poland came under Soviet control. Therefore, there were very few people living in the area in 1945 who were still residents in the 1990s, when the area ceased to be a military zone - where amateur treasure hunting was forbidden.

During the Soviet era, the Polish army carried out searches for the trains, which were said to have left Breslau (modern-day Wroclaw) with gold and other treasures and driven to the tunnels which had been dug in the Owl Mountains.

While a lot of the art and items stolen under the Nazi regime were recovered by the Monuments, Fine Arts and Archives program, remembered as the Monuments Men, on behalf of the US and western allies, many items are still missing. Poland has claimed Nazi theft of over 516,000 of the country's individual art pieces said to be worth $20 billion (17.9 billion euros).

Treasure hunters claim they have found a Nazi train 70 meters, or about 200 feet, inside a mountain in Poland - using something called georadar. German geophysicists have their doubts. (04.09.2015)

The hunt for the fabled Amber Room is still on, 70 years after its disappearance. Three rival digs are getting underway in Germany, each confident of finding the valuable treasure - if it still exists. (06.03.2015)