Missing for more than a decade, over 100 items believed to have belonged to the late musician were recovered in Berlin. A suspect has been charged in their theft. 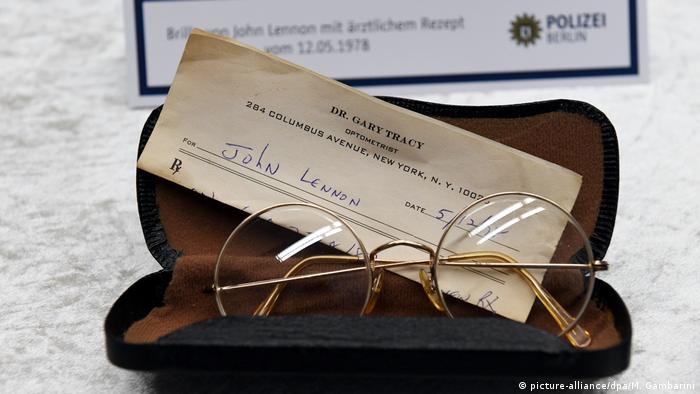 More than 100 objects originally belonging to John Lennon but missing for a decade have been recovered in Berlin, police have said.

A 58-year-old man was arrested Monday after attempting to sell the items said to belong to the onetime Beatles star. The objects included diaries from 1975, 1979 and 1980 as well as two pairs of eyeglasses and an audio recording of a Beatles concert. Three diaries and countless notes were among the items taken

Berlin police discovered 86 of the items at an auction house in Berlin in July, leading them to begin the search for the remaining items. They are believed to have been taken from Lennon's widow, Yoko Ono, in New York in 2006. She was able to identify them via photos on a visit to the German consulate there. 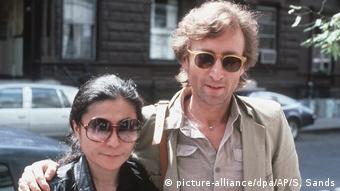 Lennon's widow Yoko Ono was able to identify the items

While one suspect has been arrested for receiving stolen goods, the objects were thought to have been stolen by Ono's former chauffeur, who worked for her from 1995 until 2006. Serving a jail sentence in 2007 for having attempting to blackmail Ono via photographs taken without her permission, he is thought to be living in Turkey.

Police in Berlin have recovered stolen diaries and other items belonging to former Beatle John Lennon. A man has been arrested and investigations are ongoing. (20.11.2017)

The album is regarded as a pop culture milestone and the soundtrack to the hippie movement. Still steeped in musical folklore, "Sgt. Pepper's Lonely Hearts Club Band" continues to inspire subsequent musical generations. (26.05.2017)