Bremen will have to do without their former top striker Franco di Santo. The Argentinian goal-getter has triggered a release clause in his contact and is going to Schalke. Can he take them back to the Champions League? 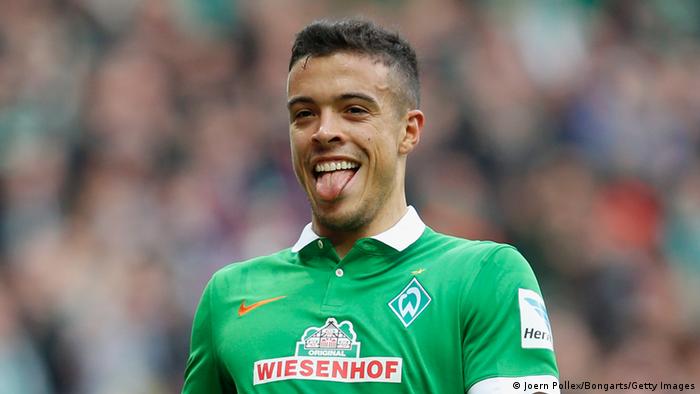 Werder Bremen confirmed that di Santo would be leaving on Saturday after reports emerged that he was free to go for a fixed fee of 6 million euros. In making the announcement, Bremen sporting director Thomas Eichin said that the striker had attracted intense interest from Schalke.

And on Saturday evening, the Royal Blues confirmed that they had inked the 1.93-meter forward to a deal through 2019.

Di Santo's departure is a major blow for Bremen. The striker, who bagged 13 goals last season, was a major factor in the team's turnaround. After being mired in the relegation zone for the first half of the 2014-15 campaign, Werder dramatically improved to finish and eventually finished tenth.

The loss of di Santo combined with the sale of rising young star Davie Selkie mean that the Northern Germans will need to restock up front.

For Schalke, who only scored 42 goals as a team last season, di Santo would seem to be a great addition at an affordable price. The Argentine will join and/or compete with Klaas-Jan Huntelaar and Eric-Maxim Choupo-Moting in the Royal Blues' attack. (He may want to consider adding a hyphen somewhere in his name.)

Schalke finished a disappointing sixth last season and are undergoing a squad make-over in an attempt to get back to the Champions League. Signing di Santo looks like a good start in that direction.

Wolfsburg and Schalke split the points in Sunday's late match. Earlier, Bremen beat Hamburg 1-0 with a late penalty kick to leave Hamburg bottom of the league, without a goal in six league matches. (19.04.2015)

Werder Bremen would be propping up the Bundesliga were it not for their effectivity from the set-piece. Their tally for the season reached 19 after Saturday's 1-1 draw in Cologne. Jonathan explores the Werder wonder... (21.03.2015)