Dharamsala urges Tibetans not to celebrate New Year | Asia | An in-depth look at news from across the continent | DW | 25.01.2013

The Tibetan exile movement calls on Tibetans to not celebrate this year out of respect to the now nearly 100 victims who have set themselves on fire "to protest against repression in Tibet." 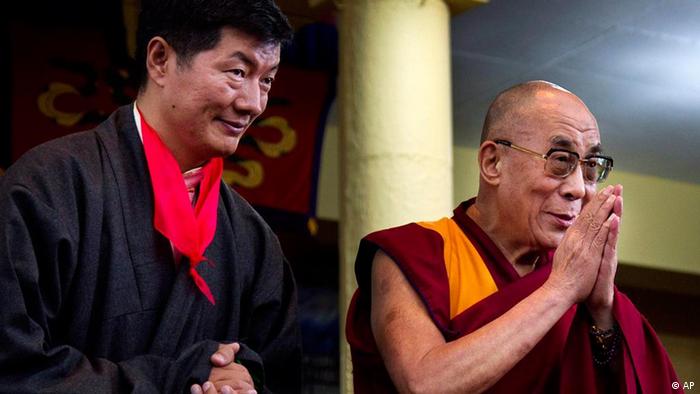 According to the Tibetan calendar, the first day of the Tibetan year of the water snake year is on February 11 which, coincidentally this time, happens to be one day later than the Chinese lunar New Year.

After mentioning the latest self-immolation which took place a few days ago, Prime Minister of the Central Tibetan Administration (CTA) Lobsang Sangay said in a statement released on Friday: "Given this continuing tragic situation, I request my fellow Tibetans to not celebrate Losar [Tibetan New Year] with our usual festivities."

Tibetan people should wear traditional robes to show their "identity and tradition" he continued, and "pray for all who have sacrificed their lives and for all who continue to suffer in occupied Tibet."

While the Dalai Lama has repeatedly voiced careful optimism about the new generation of Chinese leadership, the tension in Tibet appears to not have really been relieved. According to local sources, security forces now carry fire-fighting equipment. 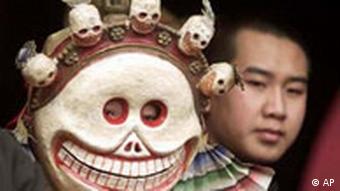 Tibetan New Year is the most important event for Tibetans

Recently, the Chinese government has intensified accusations against the Dalai Lama and Tibetan Youth Congress (TYC) for encouraging the protests and seeking to split Tibet from the "mother land," which has been rejected by TYC as "baseless and fallacious" many times.

Chinese police arrested a Tibetan man for allegedly encouraging a monk to burn himself to death, state media said on Thursday, as part of a new tactic to discourage suicide protests against Chinese rule.

Last week Chinese state news agency Xinhua reported online that "the members of TYC and Dalai group living outside China" were behind a self-immolation case. But the TYC denied the accusation, asserting that the key figures mentioned by the Chinese were not TYC members.

The Global Times, a newspaper close to China's ruling Communist Party, said in an article that the impetus for self immolations in Tibet comes from an idea - the "creative non-violence campaign" - raised by the Tibetan leader in exile Lobsang Sangay shortly after he took this post in 2011.

The Executive Director of the International Campaign for Tibet Deutschland Kai Müller describes the circumstances in Tibet as "alarming." He told DW in a written statement that the criminalization of self-immolation would not help ease the situation at all. Instead, Chinese authorities should re-think their Tibet policy and respect human rights and protect the culture of Tibetans. 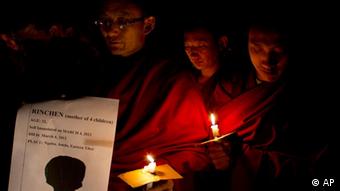 Tibetan Monks pray for the victims of self-immolation (Photo:Ashwini Bhatia/AP/dapd)

The crackdown in Tibet did not work as well as Beijing might have wished. According to the CTA, the wave of self-immolations began in 2009. Since than, 99 people have set themselves on fire, and most of those self-immolations were fatal. In the latest case three days ago, a nomad named Kunchok Kyab set himself alight in a Tibetan Buddhist temple in western Gansu.

Dialogue the only way to achieve stability

It is not clear whether the some 5 million Tibetans living under China's rule will heed the call from Dharamsala and not celebrate the most important event in the year.

Writer An Ran, who belongs to another ethnic minority, Hui, told DW, "It doesn't matter which ethnic group you come from, or what cultural background you have, anyone who hears so much news about-self immolations would be shaken … if I were Tibetan, I would be in no mood to celebrate the festival."

It might be easy to talk about some things oversees, he added: "but I am afraid, if the Tibetan people in China really took action, they would pay a high price for it. They might have a very big problem."

However, for pro-Tibet people and organizations, such as Kai Müller, one thing is for sure, the "iron fist" with which China rules Tibet is doomed to fail.

"The new Chinese leaders must recognize what they have done in Tibet will not lead to stability, nor to a harmonious society. The only way to achieve stability in Tibet is to engage in dialogue with the Tibetans, especially with His Holiness, the Dalai Lama."

Six Tibetans have set themselves on fire in China in an escalating wave of protest against Beijing's rule in Tibet. The self-immolations took place on the eve of a congress opening to steer China’s leadership change. (08.11.2012)

More Tibetan protesters have set themselves on fire this year than ever before, in one of the biggest waves of political self-immolations in recent history. A Tibetan monk in exile talks about the issue. (28.06.2012)

Bloggers from around the world voice their opinions about the increasing number of self-immolation cases of Tibetans who demand an end to what they consider Chinese domination and aggression. (28.03.2012)