The German FA (DFB) has nominated the president of Bundesliga club Freiburg to become its next president. Fritz Keller is expected to be elected at a general meeting next month. 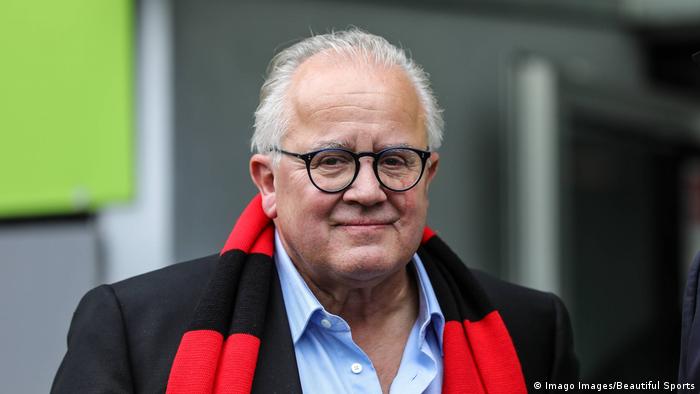 The selection committee set up by the German Football Association (DFB) to find a new president announced on Thursday that it had agreed unanimously to nominate Fritz Keller as the organization's new president.

"Fritz Keller is without doubt an extraordinary personality who possesses all of the qualities required for the office of DFB president,” said DFB Vice President Rainer Koch, who is also a member of the selection committee.

"With a view to the major challenges currently facing the DFB, Fritz Keller is the right candidate to lead the world's largest single sport federation into the future," said Reinhard Rauball, who, like Koch, is both a DFB vice president and a member of the selection committee.

Koch and Rauball have been running the DFB on an interim basis since former DFB President Reinhard Grindel quit back in April.

Grindel's successor is to be elected at a DFB congress to be held in Frankfurt on September 27.

Fritz Keller, 62, is a businessman who operates a winery and a hotel in the Freiburg region. He was elected chairman of Bundesliga club SC Freiburg, based in the Black Forest, in 2010 and has served as the club's president since changes were made to the club's statutes in 2014. Since 2016 Keller has also been a member of the supervisory board of the German Football League (DFL), which operates the Bundesliga.