The European Commission has authorized a multi-billion-euro rescue fund for the ailing Franco-Belgian banking group Dexia. It will be completely restructured and placed under majority state ownership. 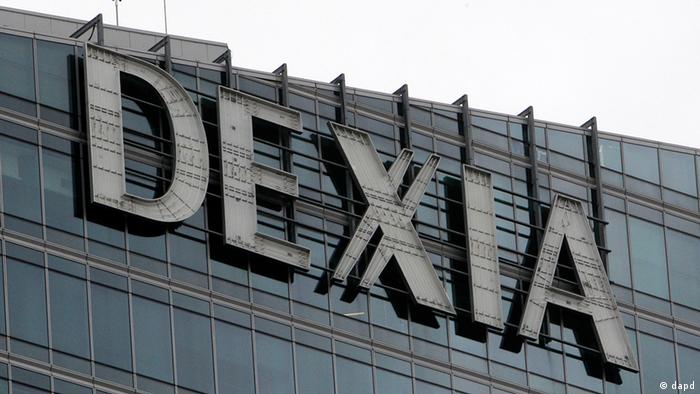 The EU executive on Friday approved a 5.5-billion-euro ($7.3-billion) bailout scheme for the Franco-Belgian banking conglomerate Dexia. The extra fund comes on top of two previous rescue actions in 2008 and last year when resources were made available to help the banking group ride out the financial crisis.

Under the scheme, Dexia would stop existing in its current form, the European Commission said in a statement. The group would be placed under majority state ownership. The Commission announced the sale of Dexia's Municipal Agency (DMA) and the restructuring of Belfius bank.

It said that on top of the 5.5-million-euro recapitalization fund, France, Belgium and Luxembourg would provide an 85-billion-euro refinancing guarantee.

"Belfius will refocus on its core banking and insurance business, while DMA will be coupled to a new development bank structure in France which will address market failures for the funding of the local public sector," EU Competition Commissioner Joaquin Almunia explained in Brussels.

He insisted the approved plan ensured that the continued market presence of some Dexia segments was truly justified while a failed business model was no longer being kept alive. Almunia stated taxpayer costs would be reduced to a level "strictly necessary."

Some analysts had warned that a complete liquidation of Dexia could have had consequences for financial markets close to those triggered by the collapse of Lehman Brothers.