China authorities have refused Deutsche Welle accreditation to report on the G20 summit, which starts Sunday in Hangzhou. DW Director General Peter Limbourg has urged the hosts of the G20 summit to reconsider. 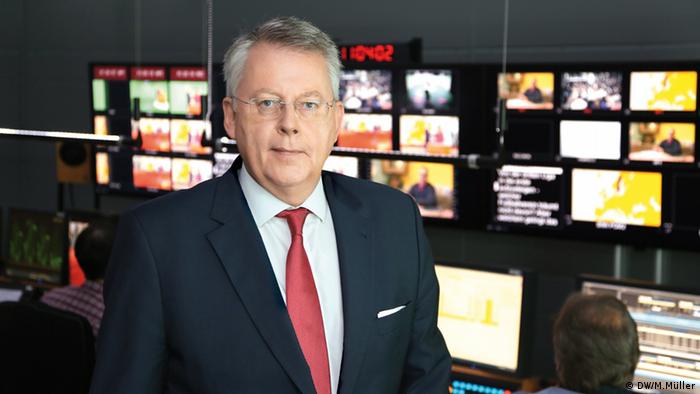 The news section of DW had applied for visas and accreditation for three employees to report on the G20 summit in Hangzhou, China. Prior to the issuing of visas, the Chinese consular department in Berlin had stated that granting of accreditation was a prerequisite. The visas were issued about two weeks ago.

On the day of departure, there was still no confirmation of the accreditation, so, at the request of DW, the German embassy in Beijing queried Chinese authorities. The reply was that no accreditation existed for DW and "that the journalists already knew why not," according to a employee of the Chinese Foreign Ministry.

The team from DW, using the visas, was able to enter without difficulty. However, despite efforts of the German Foreign Office and the German Embassy in Beijing, accreditation was further refused. As a result, it is impossible for DW to access the conference venue and to report from the G20 Summit.

DW Director General Peter Limbourg urged the hosts of the G20 summit to make reporting by DW possible. "The behavior of the Chinese side is absolutely not tolerable. Whether this represents a 'punishment' for critical reporting or whatever motivation led to this situation is not the deciding matter. Whoever tries through such methods to hinder free reporting about an international event at which the German federal chancellor is participating is a poor host. I call on the Chinese authorities urgently to immediately grant complete accreditation to our team for the G20 summit."