Police have raided Deutsche Bank offices in several cities in search of evidence of tax evasion and money laundering. The bank is said to be involved in tax fraud related to Europe's carbon emissions trade. 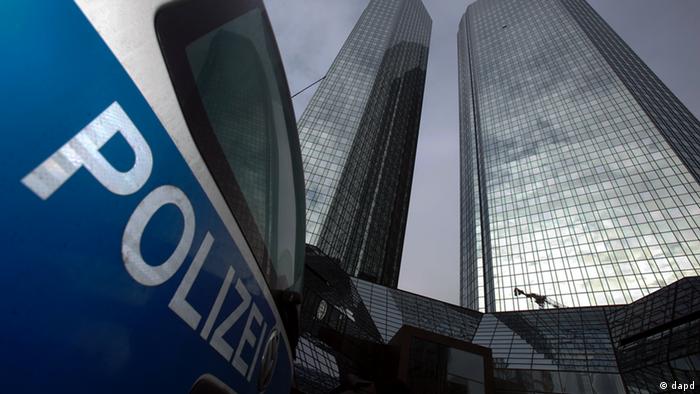 Deutsche Bank properties in Frankfurt, Berlin and Düsseldorf were raided by 500 police on Wednesday, as 25 bank employees were suspected of tax fraud and money laundering, the general prosecutor's office said.

Five people were arrested for attempting to obstruct the criminal investigation, the office added.

In 2010, Germany's biggest private bank was already being investigated for participation in an international tax fraud ring, which allegedly sold carbon emissions through Deutsche Bank.

The ring bought emissions permits overseas without paying sales tax, also known as value-added tax, and then resold the permits among its members in Germany, enabling them to tax returns illegally.

The raid on Wednesday came as prosecutors suspect Deutsche Bank of hiding more evidence in connection with the fraud.

In December 2011, a German court jailed six men - three Britons, two Germans and a Frenchman - over the tax fraud estimated worth about 300 million euros ($390 million). At the time, the judge criticized Deutsche Bank for its role in the crime.