Deutsche Bank pays half a billion to escape US tax probe | Business | Economy and finance news from a German perspective | DW | 22.12.2010

Deutsche Bank pays half a billion to escape US tax probe 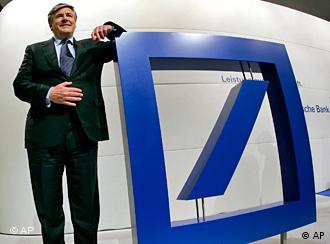 Deutsche Bank has agreed to pay the United States' Department of Justice $553.6 million (421 million euros) to avoid criminal charges and end an investigation into the bank's sale of fraudulent tax shelters that cost the government billions in revenues.

The office of a New York district attorney general confirmed that the Frankfurt-based bank admitted taking part "in financial transactions which furthered fraudulent tax shelters that generated billions of dollars in US tax losses."

The deal will "resolve an investigation related to the bank's participation in various tax-oriented transactions for clients from approximately 1996 to 2002," Deutsche Bank said in a statement. 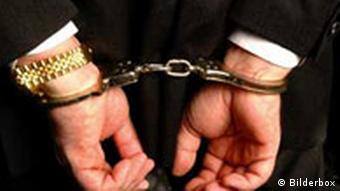 The bank admitted it was involved in criminal wrongdoing

The multi-million dollar payment represents the total fees Deutsche Bank earned from its participation in the fraud, tax revenues lost by US authorities and a $149 million fine.

An independent expert will now oversee the implementation of measures "designed to ensure that Deutsche Bank does not participate in future transactions that may be used to defraud the Internal Revenue Service," the attorney general said.

Deutsche Bank said it was "pleased" the investigation was over, adding that the fine would not have any impact on its current net income, since it will come out of the bank's reserves.

The bank also said that its tax products are now checked more rigorously than they were in the past. "Since 2002, the bank has significantly strengthened its policies and procedures as part of an ongoing effort to ensure strict adherence to the law and the highest standards of ethical conduct," it said.

Deutsche Bank has taken a big step forward in its plan to boost its retail banking operations by successfully gaining control of Deutsche Postbank. (29.11.2010)

Come mid-December, Las Vegas will be one casino richer and the Deutsche Bank will have officially planted a large and very expensive foot in the Nevada desert. But do banking and gambling make a happy marriage? (22.11.2010)