Chinese conglomerate HNA looks set to sell off its remaining stake in Germany' largest lender, Deutsche Bank. HNA has been under mounting pressure to rethink investments in order to reduce its massive debts. 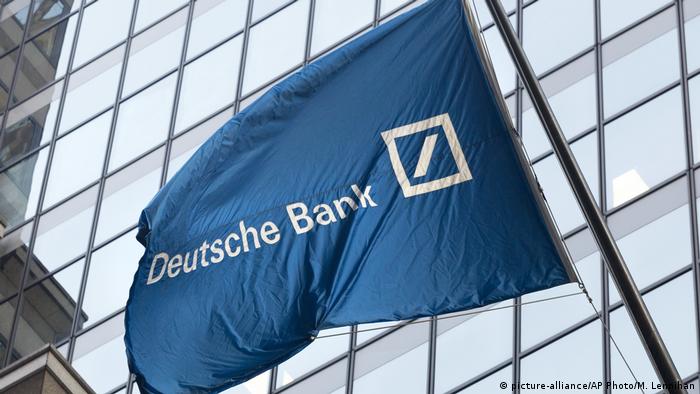 Shares in Deutsche Bank tanked more than 3 percent in midday trading to close down 1.45 percent Friday after media reports that major Chinese shareholder HNA would sell of its stake in Germany's biggest lender.

The Wall Street Journal had reported that HNA Group — a sprawling conglomerate that expanded from airlines and hotels into holdings in all kinds of businesses worldwide — would dispose of its roughly 7.6 percent stake in Deutsche.

Beijing has long put pressure on HNA to get rid of many of its overseas investments and refocus on its core business again as it battles to cut down the massive debts it has accumulated during its global shopping spree.

If confirmed, the share sell-off would come at a crucial moment for Deutsche Bank, with its new chief executive, Christian Sewing, aiming to reform the troubled lender by scaling back some investment banking activities.

Deutsche reported second-quarter profits were down 14 percent year on year, while highlighting some progress in slashing its employee headcount and integrating subsidiary Postbank into its retail banking division.

Deutsche Bank is set to become the only bank left in the blue-chip DAX 30 index of leading German companies, with Frankfurt-based rival Commerzbank replaced by mobile payments processing firm Wirecard, a fintech startup from Bavaria.

Handelsblatt said there wasn't any concrete timetable yet for HNA's sell-off. Should the Chinese withdraw their investment, Deutsche would be left with just three large shareholders — Qatar, US finance investor Cerberus and Blackrock, the world's largest asset manager.

The chairman of the Fortune 500 company "accidentally fell" and attempts to rescue him "were ineffective," the company said. He helped grow the firm from a provincial airliner into one of China's largest conglomerates. (04.07.2018)

'Not even water?' The good news about Ramadan in lockdown is not having to hear such questions, young Muslims in Germany say. But that gain doesn't come without a new set of challenges.