German rail operator Deutsche Bahn has officially announced it's stopping its sleeper train services from mid-December. But there's no reason for night-time travelers to despair - help is coming from Austria. 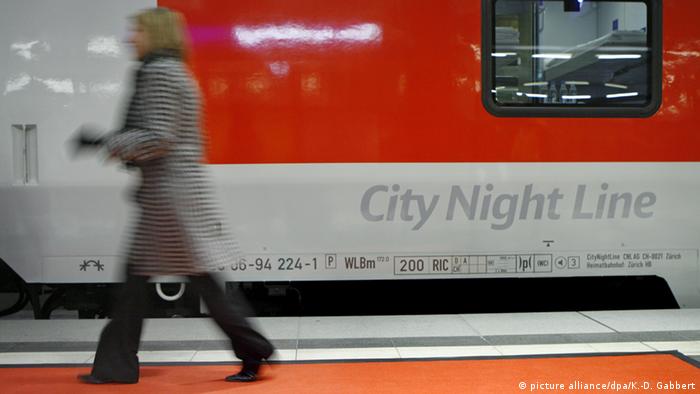 Germany's Deutsche Bahn had long sought to rid itself of its loss-making City Night Line services as travelers increasingly opted for short-haul flights to cover distances that would take many hours by train.

On Friday, the German rail operator officially announced it was scrapping its sleeper trains completely and would focus on introducing more long-distance late night services using its inter-city and high-speed trains, although passengers wouldn't be able to lie down.

For fans of night-time journeys, Deutsche Bahn's announcement was bad news, but not the end of the line thanks to a deal with Austrian Railways (ÖBB). The latter said it would spend 40 million euros ($45 million) on buying and renovating 42 sleeper trains from Deutsche Bahn in a bid to expand its own Nightjet network in Germany.

ÖBB insisted there was still money to be made with sleeper berths, adding that from December 11 it would offer six new routes, including Hamburg to Zurich and Munich to Rome via Salzburg.

But the number of sleeper trains running in Germany will still only be around half of what Deutsche Bahn had offered.

The Austrian rail operator said its overnight services accounted for roughly 17 percent of its long-distance revenues. With its network expansion, it hopes to attract an extra 1.8 million travelers over the next three years on top of the 1 million annual passengers it already has.