German rail operator Deutsche Bahn has reported a steep drop in its half-year earnings. The company said the poor result was attributable to protracted strike action and spells of stormy weather across the country. 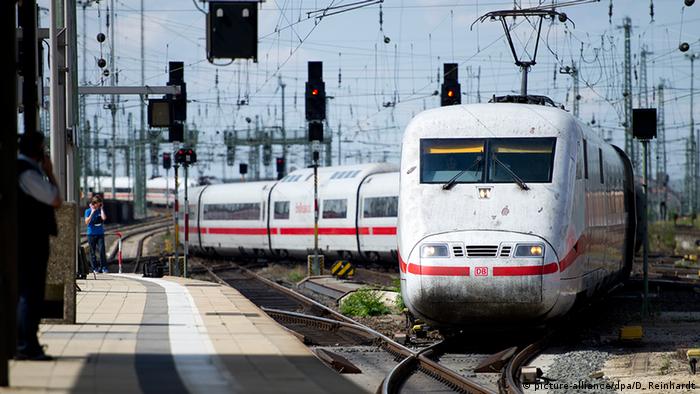 Deutsche Bahn on Tuesday reported a 39-percent fall in its earnings for the first half of the year. After-tax profits dipped to 391 million euros ($431 million) in the six months to June.

DB Chief Executive Rüdiger Grube pointed to a long-running industrial campaign by train drivers for higher pay and a shorter working week that he said had cost the rail operator some 252 million euros in the first half of 2015 alone.

"We cannot be satisfied with our earnings in the first half of the year," finance chief Richard Lutz said in a statement, adding that the poor performance was also due to stormy weather in the period under review.

Deutsche Bahn logged a 1.6-percent drop in passengers, but the group's revenue rose by 1.3 percent to total 20 billion euros in the first six months.

The company has been facing tougher competition from long-distance bus operators. In addition, low fuel prices have encouraged many travelers to use their cars rather than jumping on a train.

DB had presented a six-point restructuring plan aimed at boosting the firm's profits. Among other things, it involves an executive reshuffle to lead to a reduction in the size of the company's board.