Growing desertification and violence in Nigeria is forcing thousands of Muslim herdsmen to move south, leading to clashes with Christian crop farmers. Residents and activists report that hundreds have been killed. 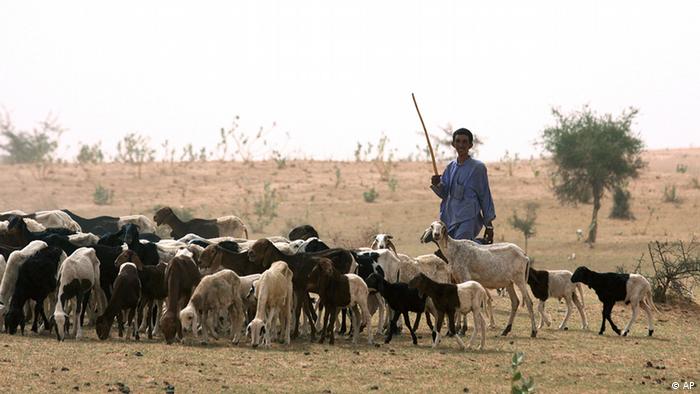 Scarcity of fertile land and violence at the hands of Boko Haram jihadists in the north of Nigeria are driving thousands of people southwards, dividing the country down ethnic and religious lines.

Thousands of people from the roaming Fulani ethnic group are reported to have fled south this year, running up against Christian crop farmers, who accuse the Muslim herdsmen of violence against villagers.

Much of the fighting is understood to stem from conflict over resources such as land and water, which have become increasingly scarce in Africa's most populous nation. Clashes are reported to have intensified over the last few years.

Desertification is increasingly rendering large swathes of fertile land into desert. A report published in the Journal of Ecology and the Natural Environment says that more than 60 percent of the Nigeria's land is affected.

The report cites climatic variation and the result of human activities - including deforestation, extensive cultivation and overgrazing - as causes.

Other studies have established a link between climate change and conflict.

Fulani herdsmen have been accused of attacking the village of Nimbo in Nigeria's Biafra southeast state in April, opening fire on residents and torching a house.

Some also fear that the movement of the herdsmen south marks moves by the government to turn Nigeria into an Islamic nation.

Meanwhile, Fulani leaders say they are the victims, and that they have no choice but to migrate to seek new pastures and escape the violence of terrorist group Boko Haram.

The Nile flows through 11 African nations and serves as key source of freshwater - but sharing this resource is politically tricky. A unique project works to resolve conflicts and promote sustainable use - through music. (08.07.2016)