Departing Swiss judge accuses Khmer Rouge tribunal of interference | Asia | An in-depth look at news from across the continent | DW | 07.05.2012

A departing Swiss investigating judge has reported some staff at the Khmer Rouge tribunal in Phnom Penh to Cambodian authorities because he had 'reason to believe' that they had interfered with war crimes investigations. 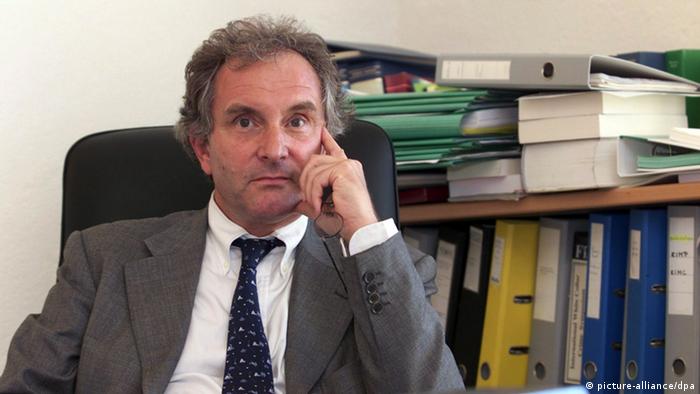 The United Nations-backed Khmer Rouge tribunal in Phnom Penh continues to be shaken by controversy. Reserve international co-investigating Judge Laurent Kasper-Ansermet, who announced his resignation from the court in March, has claimed he was "severely impeded" in his work by several colleagues and that he had been operating "in a highly hostile environment."

Kasper-Ansermet claimed that the role of his Cambodian counterpart, Judge You Bunleng, was tantamount to "serious interference" in the investigation into two potential cases known as 003 and 004. He had alerted Cambodia's Supreme Council of the Magistracy (SCM) to this situation.

The Swiss judge also alleged that several court staff had "interfered with the conduct" of the Case 004 investigation, which he had reported to criminal prosecution authorities in Cambodia.

Back in March Kasper-Ansermet penned a "note" alleging that national court staff had stymied his attempts to pursue investigations. Judge Bunleng subsequently denied many of the claims.

Bunleng has declined to comment on Kasper-Ansermet's latest comments. Court observers speculate that Kasper-Ansermet's complaints are likely to fall on deaf ears. The Extraordinary Chambers in the Courts of Cambodia (ECCC), as the tribunal is officially known, is a hybrid court comprised of both national and international personnel.

Cases 003 and 004 together involve five former mid-ranking cadres alleged to have committed atrocities under the Khmer Rouge regime, which ruled the country between 1975 and 1979. German judge Siegfried Blunk resigned from the role of international co-investigating judge back in October, alleging "attempted interference" by officials in the two cases. Blunk's departure came amid claims that he and Judge Bunleng had failed to conduct the investigations properly. 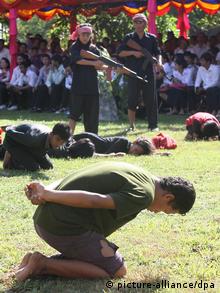 The Khmer Rouge killed around one fourth of the Cambodian population

Early on during his time in Phnom Penh, Kasper-Ansermet declared his intention to keep the public "sufficiently" informed about the cases, and appeared dedicated to moving the investigations forward. He issued an order in December to reopen the Case 003 investigation, which had been closed quietly in April 2011 under controversial circumstances.

However, he swiftly encountered opposition. Cambodia's Supreme Council of the Magistracy (SCM) declined to formally appoint Kasper-Ansermet as full international co-investigating judge in January, prompting the UN to declare that Cambodia had breached a 2003 agreement between the UN and the government that established the tribunal. Judge Bunleng, who is a member of the SCM, has argued in a string of public statements between the two judges since December that Kasper-Ansermet did not have the legal authority to work on the case files.

New judges to be appointed

Martin Nesirky, spokesperson for UN Secretary-General Ban Ki-moon, said in a March statement that Ban Ki-moon would initiate the selection process for a new international co-investigating judge and reserve. Nesirky declined to comment on the latest developments when contacted by DW.

David Scheffer, Special Expert on UN Assistance to the Khmer Rouge Trials - who has visited Phnom Penh during the past week - told DW in an email that the UN expected the nominees' names to be forwarded by mid-May and for them to be formally approved by the SCM.

"The UN expects a fully cooperative relationship of the new international co-investigating judge, when appointed by the Supreme Council of the Magistracy, with all offices within the ECCC," Scheffer said. "Cambodian recognition of the new judge's full legal authority should facilitate that cooperation in contrast to the situation we unfortunately experienced with Judge Kasper-Ansermet."

When asked about Kasper-Ansermet reporting court staff to the Cambodian authorities, Scheffer - a former US Ambassador-at-Large for War Crimes Issues - said that he would raise the matter with UN colleagues upon his return to the US. But legal experts are having their doubts about the willingness of Cambodian authorities to permit proper investigations into the two cases.

Anne Heindel, a legal adviser for the Documentation Center of Cambodia, said that while a judge approved by the SCM would not face the same opposition as Kasper-Ansermet had, there was an issue of how real the cooperation on cases 003 and 004 would be. 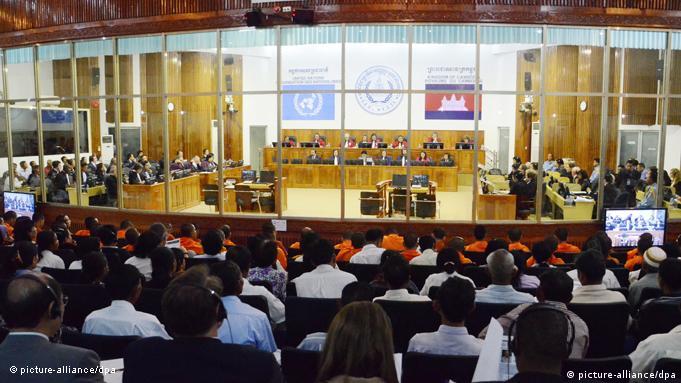 "Underlying it all is the political issue of the government's willingness to allow thorough investigation in cases 003 and 004," she said. "If they continue to be unwilling and the new investigating judge is serious about fulfilling his or her responsibilities, there definitely could be some more clashes in the future."

Clair Duffy, a tribunal monitor for the Open Society Justice Initiative, said that while Kasper-Ansermet may have drawn criticism because of his volatile relationship with Judge Bunleng, he had been committed to transparency.

"I would just hope that whoever ends up in that position - maybe with a little less controversy - is able to continue in that vein," she said. "A significant part of the reason why the public was outraged at what went on under Blunk and Bunleng's leadership is that it was the antithesis of transparent."

Ek Tha, a spokesperson for Cambodia's Council of Ministers, said that Kasper-Ansermet made "problems out of no problems." He added that they were looking forward to the UN sending the names of its nominees for the two positions "as soon as possible."

A trial is currently underway in the court's second case involving Nuon Chea; former deputy secretary of the Communist Party of Kampuchea; Ieng Sary, former deputy prime minister for foreign affairs; and ex-head of state Khieu Samphan. The three defendants - all of whom are in their 80s - face charges of genocide, crimes against humanity, and grave breaches of the Geneva Conventions.

The case against former Khmer Rouge Social Action Minister Ieng Thirith, 80, has been split off from Case 002. Ieng Thirith is receiving additional medical treatment pending an expert examination, after she was declared unfit to stand trial in November.

The court has thus far seen only one conviction in its first case involving 69-year-old former prison chief Kaing Guek Eav, alias Duch, who was sentenced to life imprisonment on appeal in February for his role in the deaths of thousands of people detained and tortured at the Khmer Rouge's S-21 prison in Phnom Penh.

The United Nations is concerned about "worrying developments" at the Khmer Rouge tribunal in Phnom Penh, in the wake of the shock resignation of a Swiss investigating judge earlier this week. (22.03.2012)

Justice delayed is not justice denied

The Cambodian genocide tribunal has come to a verdict almost 40 years after the crimes committed by the Khmer Rouge: 'life' for the repressive regime's chief executioner. Sibylle Golte comments. (07.02.2012)

Decades after the Khmer Rouge was run out of power, an international tribunal has sentenced the former head of an infamous prison to life, calling his crimes against the Cambodian people "shocking and heinous." (03.02.2012)