A UN team was denied permission by the Hungarian government to visit transit zones housing migrants and asylum-seekers. The experts had been in the country on Budapest's invitation. 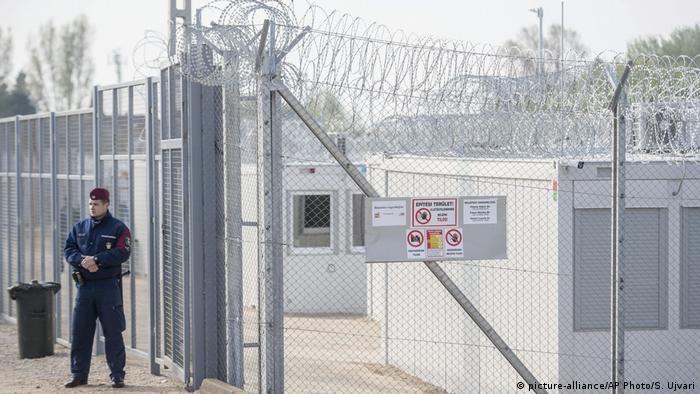 A team of experts from United Nations suspended its trip to Hungary on Thursday after the government denied it access to two sites where migrants and asylum-seekers are being held.

The UN Working Group on Arbitrary Detention had planned to stay in Hungary until Friday. The experts were in the country on Budapest's invite.

The experts had intended to visit the Roszke and Tompa "transit zones" — two sites on the Serbian border suspected illegal detentions — but were denied permission to enter them.

"There can be no doubt that holding migrants in these 'transit zones' constitutes deprivation of liberty in accordance with international law," said Elina Steinerte and Setondji Roland Adjovi, members of the UN Working Group on Arbitrary Detention.

"We have received a number of credible reports concerning the lack of safeguards against arbitrary detention in these facilities which called for a visit by the Working Group," they added

Hungary holds its asylum-seekers in transit zones on the EU's external border. The migrants, whose asylum requests are rejected, are sent back to Serbia and banned from re-entering the entire Schengen area. Those accepted are placed under surveillance in the transit zone, which they are not allowed to leave for up to six months.

Host countries are required to guarantee UN-appointed experts freedom of inquiry, especially regarding "confidential and unsupervised contacts with persons deprived of their liberty" the team said in a statement.

"Unimpeded access to all places of deprivation of liberty including these transit zones must be guaranteed to independent international, regional and national organizations," the experts said. "This is vital for the protection of the human rights in a country governed by rule of law."

The group said it "hoped that the government of Hungary would enter into a constructive dialogue to enable the delegates (to) resume their visit in the near future."

Hungary under Prime Minister Victor Orban and his right-wing Fidesz party has alarmed human rights groups with its anti-immigration stance.

In September, Hungarian Foreign Minister Peter Szijjarto in a speech at the UN Human Rights Council accused "pro-migration" UN officials of "spreading lies" about the country.

Former UN rights chief Zeid Ra'ad Al Hussein in May accused Orban of being a "racist."

Hungary and Italy have pledged to forge a new alliance to change the way the EU deals with migration. Orban and Salvini have repeatedly defied the European Union by refusing to take in any further asylum-seekers. (28.08.2018)

Viktor Orban and his Fidesz party have tested the patience of some lawmakers in the conservative European People's Party. But the two men vying to lead the bloc don't agree on how to deal with their Hungarian colleagues. (08.11.2018)

Russia's Vladimir Putin and Hungary's Viktor Orban are to meet on Tuesday. They both are nationalistic strongmen with a dislike for western liberalism. But the ties between the two are both deeper and more complicated. (18.09.2018)