US Democrats have asked German lender Deutsche Bank to provide detailed information about the loans it provided to Donald Trump when he was not yet US president and whether they were guaranteed by Russia. 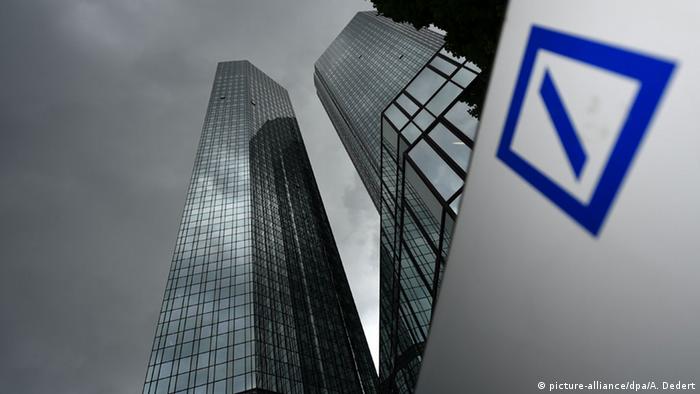 Democrats on the US House Financial Services Committee said Wednesday they'd asked Germany's Deutsche Bank to provide information on whether any accounts connected to US President Donald Trump had ties to Russia.

Committee Democrats sent a letter to Deutsche CEO John Cryan, seeking details of the lender's internal reviews to determine if Trump's loans from the bank were backed by the Russian government.

Deutsche Bank is reported to have made available more than $300 million (268 million euros) in loans to Donald Trump before he became US president. The lender provided the credit lines for Trump's Doral golf resort in Florida, a Washington D.C. hotel and a Chicago tower, Bloomberg reported Wednesday.

The lawmakers said they needed to know whether the loans were guaranteed by the Russian government or were in any other way connected to Russia.

Democrats on the Financial Services Committee also requested information on Deutsche Bank's internal report on the lender's conduct in the Russian mirror-trading scandal.

The scheme had allowed some of Deutsche's rich customers in Moscow to convert rubles into Western currency by simultaneous purchases and sales of publicly traded shares, eventually seeing $10 billion flow out of Russia illegally.

Bloomberg pointed out that as the minority party in Congress, the Democrats would not have the power to force Deutsche Bank to make any disclosures. So far, the lender hasn't officially responded to the request.