Germany's Bertelsmann Stiftung has said that the number of people who are governed poorly and less democratically is increasing. The study found that inequality and repression are weakening the global market economy. 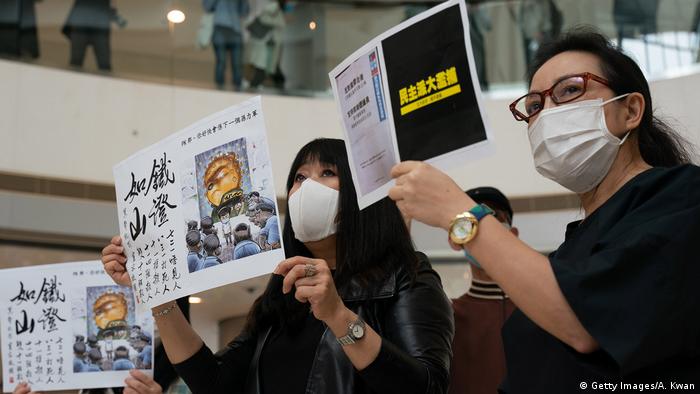 Political freedoms and the rule of law are being undermined in an increasing number of democracies worldwide and autocracies are becoming more repressive, according to the latest Transformation Index by Germany's Bertelsmann Stiftung.

The German foundation said Wednesday that the main causes of diminishing democracy globally are abuse of power and cronyism, which in turn widen social and economic inequalities.

The drop in worldwide average scores for democracy "are essentially the result of weaker democracies and more repressive autocracies," the study revealed.

The foundation added that the effects of the current coronavirus pandemic further threaten democracy worldwide.

Lowest rating ever since survey began

Since 2004, the global Transformation Index (BTI) has studied political and economic progress in developing and transition countries every two years.

For the sixth time in a row, the ratings of the BTI for the quality of democracy, market economy and governance have declined, now to their lowest since the BTI survey began. Of the 137 countries currently assessed, the BTI regards 74 as democracies and 63 as autocracies.

The authors of the study found that the "dismantling of the rule of law and civil liberties in once-stable democracies is striking," citing the rise of Hindu nationalism in India, right-wing populism in Brazil and the "authoritarian course " of the European Union member-state Hungary.

According to the report, Hungary's emergency legislation, with its indefinite suspension of the separation of powers, "exemplified that their fight against COVID-19" will "further promote the trend towards a strong a strong executive branch and will be instrumentalized by some heads of state to consolidate authoritarian structures."

The authors said such developments are representative of a surge in political polarization that is also undermining consolidated democracies, and added that this is often accompanied by the suppression of opposition and ethnic or religious minorities.

"Nationalism and nepotism are not new, but they have become acceptable worldwide. Even former democratic frontrunners who, like Poland or Hungary, are located in the heart of Europe are now showing alarming setbacks when it comes to the rule of law and the quality of democracy," said Brigitte Mohn, a member of Bertelsmann Stiftung's Executive Board.

Lam Wing-kee, the owner of Causeway Bay Books, had previously been detained by Chinese authorities for selling books critical of Chinese leaders. The opening of the new store came days after he was attacked in Taipei. (25.04.2020)