German Youth Minister Franziska Giffey has renewed her party's call for Germany to enact a law on teaching democracy to avert radicalization. She was the first federal minister to visit Chemnitz after last week's unrest. 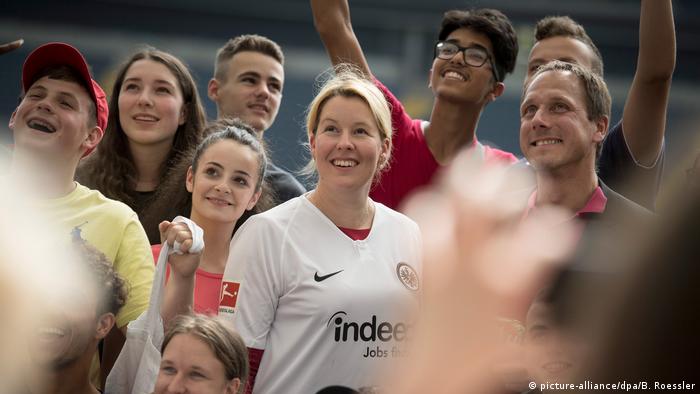 German Youth Minister Franziska Giffey, who in 2010 completed her doctorate on political education deficits in the EU, told the Die Welt newspaper Wednesday that it is the federal government's "unmistakable" task to organize education on democracy for young people "at all levels."

Resources for youth work in Saxony — where the state's third-largest city of Chemnitz was left in turmoil by a murder seized upon by the far right — had been culled over the years, "and the results we now see," Giffey said.

Germany was experiencing a "burgeoning depoliticization," Giffey said, adding that Chemnitz residents told her of their fears of deprivation and "not being listened to" by those who govern "up there."

The study and discussion of politics was no longer a subject in "many" schools and local clubs in Saxony, she added.

Residents must be given space as emotions run high and hot to discuss arrivals of refugees in recent years "without being put in the [far] right corner," said Giffey, who is a member of the Social Democratic Party (SPD) and federal minister for family, the elderly, women and youth.

A jihadi attack on a Berlin Christmas market in December 2016 prompted the Social Democrats in April 2017 to draft a "democracy promotion" program, including a Democracy Advancement bill, putting an emphasis on prevention of radicalization and not just on tighter security laws.

The bill was reportedly blocked, however, from within the Federal Interior Ministry. Chancellor Angela Merkel's conservative Christian Democrats (CDU) led the Interior Ministry at the time and have handed over responsibility to their Bavarian sister party, the Christian Social Union (CSU).

Education under Germany's constitution is the prerogative of the country's 16 states, but a study done for Giffey's ministry said the federal government was constitutionally empowered to resist neo-Nazism by fostering a "robust" democracy.

"Education is a matter for the states, but the federal government can support it," Giffey told Die Welt Wednesday.

Last week, Giffey, who until early this year was SPD mayor of Berlin's Neukölln district, launched an anti-mobbing campaign in German schools promoted by her ministry that was due to be discussed with Merkel at a teachers' conference on Wednesday. 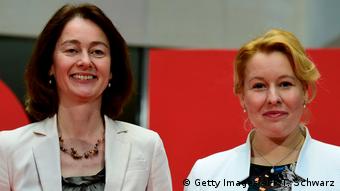 The bill sought by Giffey was also sought by her predecessor Katarina Barley, now justice minister

Post-war, Germany has an extensive network of political education institutes, at federal and regional state levels, including the Federal Agency for Civic Education (BPB) based in Bonn.