Defying the odds, Syrian refugees return to Aleppo | Middle East | News and analysis of events in the Arab world | DW | 25.02.2016

Fearing a possible siege in Aleppo, many Syrian refugees currently awaiting their fate on the border with Turkey are going back to be with their families. Anna Lekas Miller reports from Kilis. 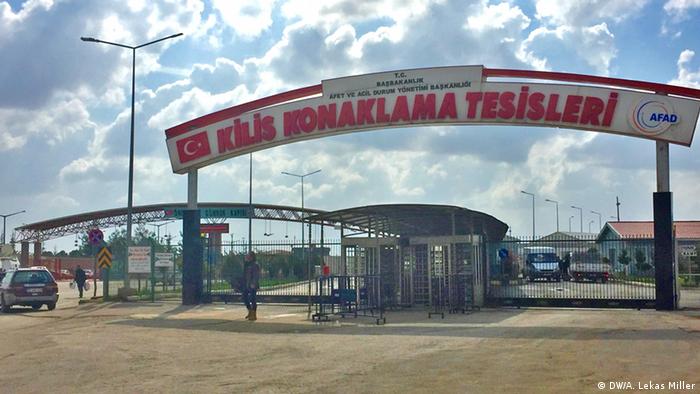 The Öncüpınar border crossing on the Turkish-Syrian border is distinctly quiet. While tens of thousands of refugees wait less than one kilometer away hoping to cross, Turkish authorities have firmly insisted, despite the escalation in fighting in the Aleppo countryside that has displaced thousands, that the border remain closed.

Kilis and the influx of refugees

Right now, the crossing is marked by an eerie and deceiving sense of calm - punctuated only by the occasional aid truck or ambulance.

Next to the main gate is a smaller, more nondescript gate. There are a few people standing around, waiting. Some of the men are standing smoking cigarettes, while others sit wearily, perched on piles of suitcases. Women wait separately a few meters away, seeking shelter from the heat. Mothers nurse their children and try to soothe their babies when they cry.

This is the line of people who, despite the violence that awaits them on the other side, are waiting to cross back into Syria.

"I have to go back," Abdullah, a weathered-looking Syrian man, tells DW. "My family inside is facing such a difficult situation. I can't be away from them any longer."

One month ago, Abdullah fled Russian airstrikes in the northern Aleppo district of Al-Bab for the then relative safety of the nearby town of Azaz, just a few kilometers away from the Turkish border. However, when the Kurdish People's Protection Units (YPG) advanced, hoping to capitalize on the weakened control of the opposition, the town suddenly became the epicenter of a multi-front war of local, regional and international forces.

Afraid for his own safety, Abdullah smuggled himself across the Turkish border to once and for all escape the violence and look for work. 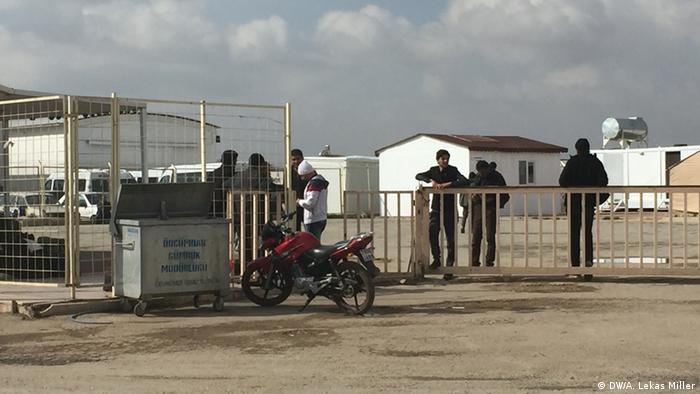 "It was such a difficult journey to come here," he says. "I tried to go many times from the same illegal point, but I was not able to."

Once he successfully crossed, it quickly became apparent that, though he had left the violence behind and survived the journey here, life as a refugee would not be easy. While he had been told he could receive his ikimlik (or refugee identification card) after one week, it was only after he arrived that he learned it would be at least a month. As the situation worsened inside Syria he decided to return to be with and support his wife and five daughters who had stayed in Aleppo.

"I'm afraid something might happen to my them," he says, pausing for a moment to pull a handkerchief out of his pocket, as his eyes well with tears.

In addition to the cluster bombs from the Syrian regime and Russian airstrikes that indiscriminately strike civilians no matter how near or far they are from the front lines, economic opportunities inside Aleppo are shrinking, making it more and more difficult to live from day to day. With the last secure supply line into the rebel-held areas of the city cut, the city is effectively under a partial siege, making it more and more difficult to deliver supplies to those trapped inside. As the situation worsens, many are fearing a situation similar to that in Yarmouk or Madaya where a complete government siege completely cut off the town from any aid, including food, causing civilians to starve to death.

"I don't know what I can do to help my family," Abdullah continues, composing himself. "But I want to be there anyway."

Since the beginning of February, the Syrian regime has launched a major offensive on the opposition-held areas in the Aleppo province of Syria, a strategically important region that was once a stronghold of the opposition and that symbolized the revolution's success. However, as the most recent Russian-backed offensive re-captures surrounding towns, many are afraid that Aleppo will fall under control of the regime, shifting the tides of the war - perhaps permanently - in its favor. 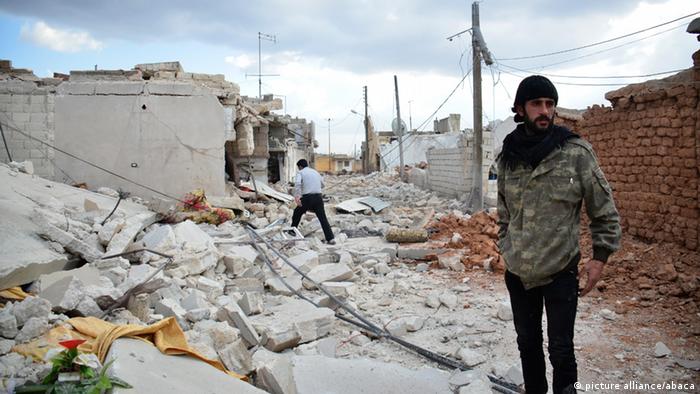 "Most of our fights are against IS, but recently the Kurdish forces have also been pushing against us," a Free Syrian Army fighter waiting at the border, who called himself Abu Muhidden, told DW.

"But most of the refugees right now had to flee because of the Russian airstrikes," he continues. "The technology is more advanced than that of the regime, making them more deadly."

Russia is currently flying an average of 60 airstrikes on Syria per day. At least 500 people, including 89 civilians, are alleged to have been killed by Russian airstrikes in the past month alone.

"The [Russian] airstrikes have also struck our brigades, making it difficult for us to fight," he adds.

While the United States and Russia have brokered a truce due to go into effect on Saturday, Abu Muhidden says that this is unlikely - and will not affect his brigade's fighting strategy.

"It's a war," he laughs bitterly, shrugging off what he sees as the latest in a string of unlikely promises from the international community. "We have to be prepared for the worst."