Death Toll Mounts in School Attack | Europe| News and current affairs from around the continent | DW | 03.09.2004

The number of dead in the terrorist attack on a Russian school Friday could exceed 150, a Putin aide has said. Officials have also said that 10 Arab mercenaries were among the 20 hostage-takers killed. 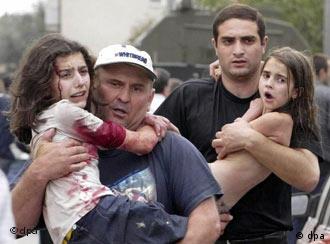 After a day of bloodshed and chaos at a North Ossetian school in Beslan, Russia, on Friday following the trading of gunfire between Russian special forces and heavily armed suspected Chechen fighters, Russian President Vladimir Putin's adviser on Chechnya, Aslanbek Aslakhanov, said the death toll could far exceed 150.

Speaking to the Interfax news agency, Aslakhanov said the number of dead might be "much more" than 150 and that militants may initially have seized 1,200 hostages, most of them children -- many more than earlier estimates of 350.

The number of injured also rose sharply, with ITAR-Tass citing Russian officials as saying that 646 people had been hospitalized, including 227 children.

20 militants were killed in gunfights with security
forces, 10 of them Arabs, Valery Andreyev, the region's
Federal Security Service chief, said in televised comments.
Aslakhanov, also said at least 10 of the dead militants were
Arab mercenaries, adding fuel to Putin's contention that al Qaeda or other international terrorists were involved in the Chechen conflict.

After trading fire with militants holed up in the basement
of a school annex, Russian officials said the fighting was over, but that two militants remained at large.

A Russian security official said the attack by security forces had not been planned.

British broadcaster ITV's correspondent Julian Manyon, who made it inside the school building, reported his cameraman had seen as many as 100 bodies inside the building. And Russia's Interfax news agency also reported the existence of at least 100 corpses in the building, stating that dozens had been killed when the school's ceiling collapsed.

Amidst severe gunfire and explosions that left a number of children and hostage-takers dead, the hostage crisis in Russia began to unravel Friday morning in a drama that continued well into the afternoon. Heavy machine gun and grenade fire continued throughout the day. 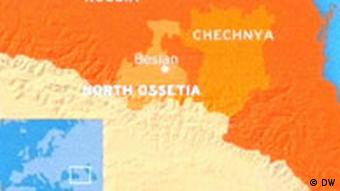 On the third day of the hostage-taking crisis in a North Ossetian school in Beslan, near the border to Chechnya, Russian commandos stormed and secured parts of the school where the hostages had been held without food or water for 52 hours.

The first gun shots and explosions were heard around 11:00 CET, and there were reports that the school's roof had caved in. Russian officials had apparently entered the building with the permission of the hostage-takers to retrieve bodies of men who had been executed. The hostage-takers then began firing and setting off bombs, according to reports. When women and children then tried to escape, the terrorists fired on them. At that point, security forces began to storm the building.

'Most of the children have survived' 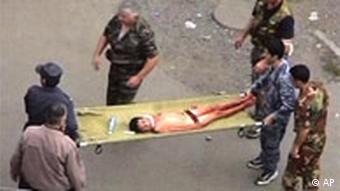 Russian television showed footage of children in their underwear fleeing from the school in Beslan, some covered in blood and visibly injured. Reuters reported two hours after the events started that all the hostages had left the school and escaped into the community wearing civilian clothing, and a Russian official said the terrorists could still have hostages in their custody.

An official for the Russian Interior Ministry said that "most of the children have survived." 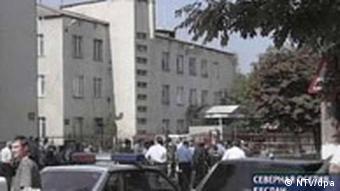 Some reports said that hostage-takers had also managed to flee from the building into neighboring residential areas and that they may have taken children as hostages with them. Cable news channels broadcast footage of the Russian military firing at a building where some of the terrorists were thought to be holed up.

Speaking in the former capital city of Bonn, German Chancellor Gerhard Schröder on Friday sharply criticized the hostage-taking in Beslan and said sympathy for the victims and families of the hostages had moved all Germans. In Berlin, where many Russian immigrants live, the tragedy also engendered major outpourings of emotion.

Meanwhile, at a meeting being held near Maastricht in the Netherlands, the European Union's foreign ministers on Friday expressed their horror over the "deep human tragedy," saying the wave of terror in Russia had overshadowed the EU meeting. 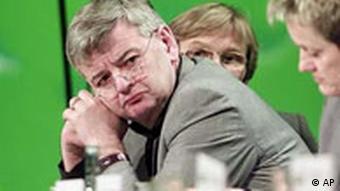 "It's an absolutely disgraceful crime that deserves the sharpest condemnation," German Foreign Minister Joschka Fischer told reporters. "I can't imagine there would be any reason to justify the taking of children and their mothers as hostages. The conflict in Chechnya can only be resolved through a political solution. Many people here have been caught between fronts. And both sides have seriously violated human rights. On the one hand you have to fight terrorism, but you also have to promote political solutions."

Speaking on behalf of the EU foreign ministers Dutch Foreign Minister Ben Bot said the 25-nation body "regrets the hostage crisis could not be solved peacefully, but understands the difficult dilemma the Russian government was confronted with." The foreign ministers also condemned "all forms of terrorism."

On Friday Russian special forces stormed the besieged school in North Ossetia in an attempt to rescue hundreds of hostage held captive since Wednesday. DW-WORLD gives an overview of the dramatic events. (Sept. 3, 2004)