Two suicide bombers have attacked in the northern Iraqi city of Kirkuk, killing and wounding several people, officials say. The city is currently under Baghdad's control. 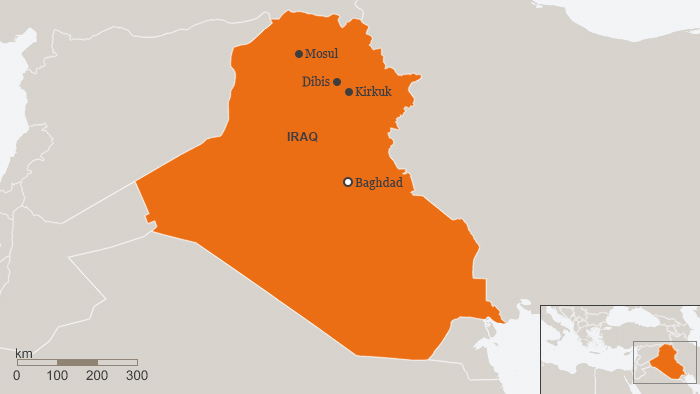 Attacks by two suicide bombers on Sunday in the center of the northern Iraqi city of Kirkuk have killed at least five people and wounded more than 20, police and medical sources said.

The two explosions in Atlas Street, a key shopping street, were reportedly about 15 minutes apart.

Kirkuk is at the center of a conflict between the central Iraqi government in Baghdad and the autonomous Kurdish region.

Humanitarian organizations said on Thursday that the conflict had displaced more than 180,000 civilians, mostly Kurds. Almost half of them were reported to have fled Kirkuk.